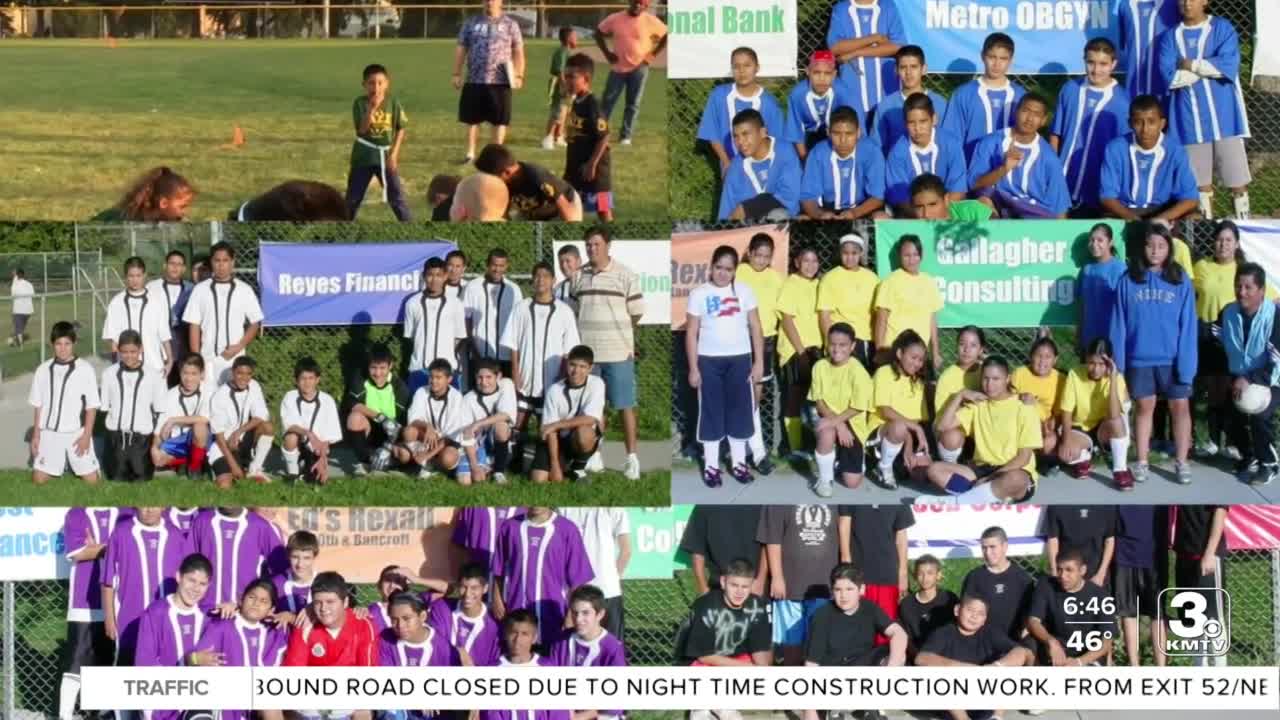 How officers are connecting with at-risk youth and keeping them off the streets.

OMAHA, Neb. (KMTV) - Antonio Espejo, or Tony as many know him as, is a proud SOB, which many Omahans know refers to a ‘South Omaha boy,’

He was born and raised in Omaha to Mexican American parents. Espejo graduated from Gross Catholic High School. After graduating, he enrolled in the Marine Corps and served from 1992 to 1996 and traveled all over the world, including Southeast Asia.

After being overseas for a few years, he came back to Omaha and realized his neighborhood in South Omaha had changed.

“Back then when I was growing up you could walk down the street and go play basketball, go back home and not worry about somebody rolling up on you or seeing what gang you’re with or checking you, or having to be a part of a gang or anything like that,” said Espejo. “And when I came back, I noticed things were totally different. There were a lot of gang shootings, a lot of Latino gangs, tagging's, shootings, killings, all that stuff. And I was like, wow. This place totally changed.”

That prompted Espejo to join law enforcement, but he soon realized that wasn’t an easy task.

“Here I was thinking okay, I’m Latino, I speak Spanish, I have my Marine Corps experience. I’m going to get a job tomorrow, and this is when people wanted these jobs, and you had 3,000 guys and girls going for maybe 10-15 jobs in law enforcement and it was really hard,” adds Espejo.

He then used his GI Bill to get his associate degree to make himself more competitive.

It worked. In 2000, Espejo became an Omaha police officer.

His early duties included working in other parts of town, but Espejo was itching to get to work in his neighborhood.

"Back then, South Omaha was an area that people wanted to work in because there was action. You're going after bad guys every day and going after shooters and things like that. So, it's hard to get - it's about seniority so it was hard to get that gig,” said Espejo.

In 2004, the four-year veteran was accepted into the gang unit.

"In 2004 and 2005, we hit the pavement hard - doing search warrants, getting gang members, getting guns, getting dope off the street, things along those lines.”

Espejo says at the end of 2005, he wasn’t noticing a big change. Every time he and his team took down a gang member, there’d be somebody else to replace them.

Also, in 2005, Espejo and another officer attended a gang symposium in Florida. There, he met Robert Mosakowski, whose original story was depicted in the Hollywood film, Hardball, according to Espejo.

That’s where his idea to start a sports program for kids in Omaha began.

"As soon as I land back in Omaha from the conference, the next day I go to work and start driving around South Omaha looking for these kids, saying I was going to start a baseball league because that's what Bob did. And I knew baseball and I knew a lot of police officers that play baseball,” said Espejo. “And I said okay I'm going to start a baseball league. But when I drove around South Omaha, I noticed these kids weren't playing baseball. They were playing soccer, so at that time God hit me with lightning and said, well I guess you're going to learn how to play soccer."

After looking up the rules of soccer, the gang unit officer found an old field located at 22 and O streets, which is now at the Boys and Girls Club. He renovated it and turned it into a soccer field.

He recruited enough kids to create six teams. His goal was to have them play on Friday nights, which was his busiest night of the week in terms of gang activity and violence.

He also wanted the games to take place in their own neighborhood, so transportation wouldn’t be an issue for the players.

Espejo also wanted the sport to be completely free for kids. So, he asked local businesses to sponsor teams.

“The idea was that I found businesses that the teams were from. For instance, Ed’s Rexall used to be on 10th and Bancroft and I went in there and talked to Rob Alberts and said, Rob, these kids live in your neighborhood, we want to cut down graffiti and things like that, would you be willing to support an entire team and he said absolutely. So, we put Ed’s Rexall on the back of the shirts so those kids knew that Rob was looking out for them so they would look out for Rob,” sad Espejo.

In 2006, the program grew, and they went from 6 teams to twenty teams.

SEE ALSO: PACE program continues to make a difference with youth in Omaha

Eventually, PACE expanded from just soccer, to also include flag football, baseball, and a CrossFit program.

Espejo did all this work voluntarily while serving as a gang unit officer, but in 2012, the program had grown too much, so he began working with PACE full-time, with the approval from Omaha Police Chief Todd Schmaderer.

Espejo, who is also involved with the Latino Peace Officers Association, says now 20 years after returning from the Marines and enlisting with OPD, he now feels his neighborhood is restored, and hopes someone else will take over his program.

"The most rewarding part of this is when you see kids that are now 28 or 29 years old that were a part of my program, and they’re coming back to volunteer, to coach, ref, but most importantly appreciative that we were there for them and helped keep them out of trouble.”

The PACE organization has supported about 6,000 kids with their programming. Espejo hopes to soon hit 10,000 kids.