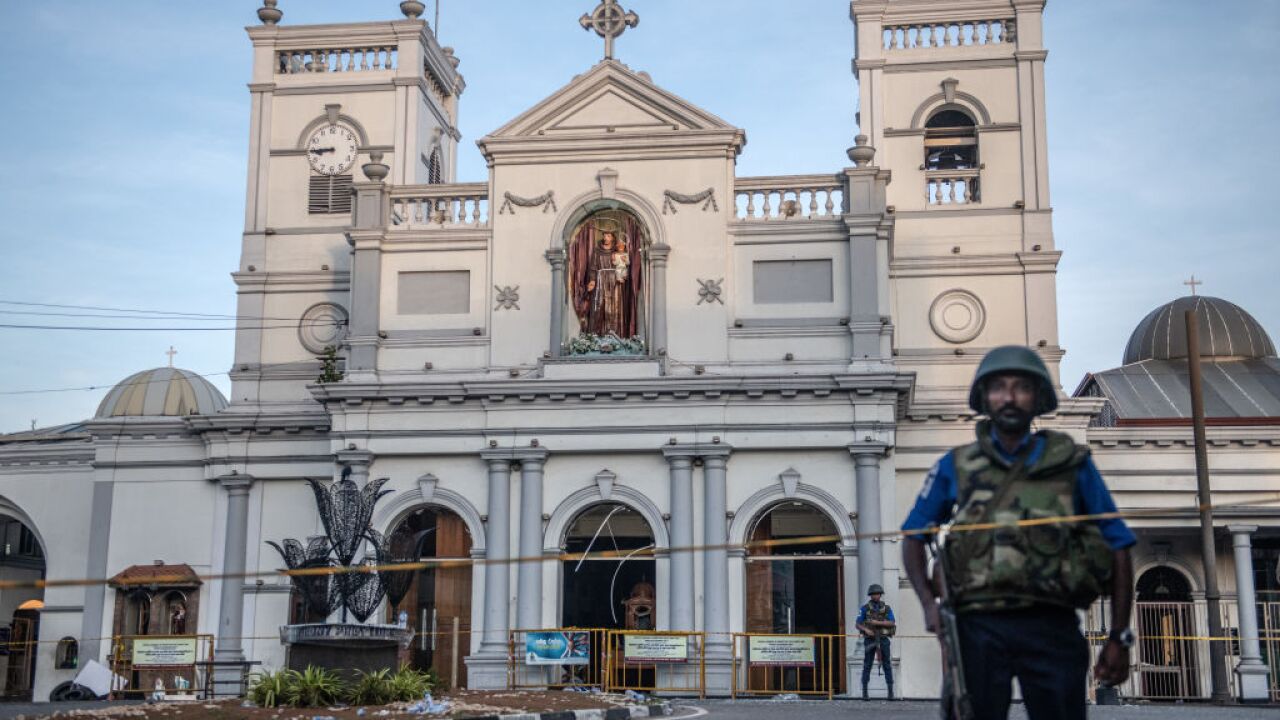 One of the Sri Lanka suicide bombers was previously arrested by police and then released, a senior Sri Lankan government spokesman told CNN Thursday.

Ilham Ahmed Ibrahim -- one of two sons of a spice tycoon who blew themselves up in Sunday's attacks -- detonated a device at the Cinnamon Grand hotel in Colombo, Sudarshana Gunawardana said.

"It was the suicide bomber of the Cinnamon Grand bomb attack who was released earlier," Gunawardana said.

Ilham Ahmed Ibrahim and his brother Imsath Ahmed Ibrahim were previously identified as two of the suicide bombers in Sunday's attacks, which left at least 359 people dead across the country.

Police have confirmed that they are holding the brothers' father, Mohamed Yusuf Ibrahim, a wealthy spice trader, on suspicion of aiding and abetting his sons.

Police spokesman Ruwan Gunasekera said the elder Ibrahim was is in custody, as are all other members of the Ibrahim family police are aware of in the country.

CNN has not been able to reach Mohamed Yusuf Ibrahim or other members of his family for comment.

In an interview Sri Lanka's Prime Minister Ranil Wickremesinghe said the suspected bombers were upper and middle class, well-educated and educated abroad, a profile he described as "surprising." He added that several of them were under surveillance ahead of the attacks, but that there had not been "sufficient" evidence to take them into custody.

Meanwhile, a huge international criminal investigation is ramping up in Sri Lanka, with six foreign police agencies and Interpol assisting local police, including Scotland Yard from the UK and the FBI from the US.

Of those arrested, four suspects are female, and all are Muslims. Gunasekera said most of them are family members and friends of the suspected suicide bombers. None of those arrested are foreigners.

Significant raids were carried out on Wednesday night, he added, in which 16 people were arrested at various locations, most near the capital Colombo. Three shotguns and two walkie-talkies were also seized.

As police continue to investigate how a previously little known terror group managed to pull off a huge and coordinated series of attacks, Gunasekera also revealed that police had confirmed that an explosion in the predominantly Muslim area of Kathankudi, in eastern Sri Lanka, in early April was a test run by the terrorists. In that explosion they blew up a motorcycle.

On Thursday, police said search operations were currently underway across Colombo, including the setting up of roadblocks. Police have asked the public not to panic, a police spokesman said.