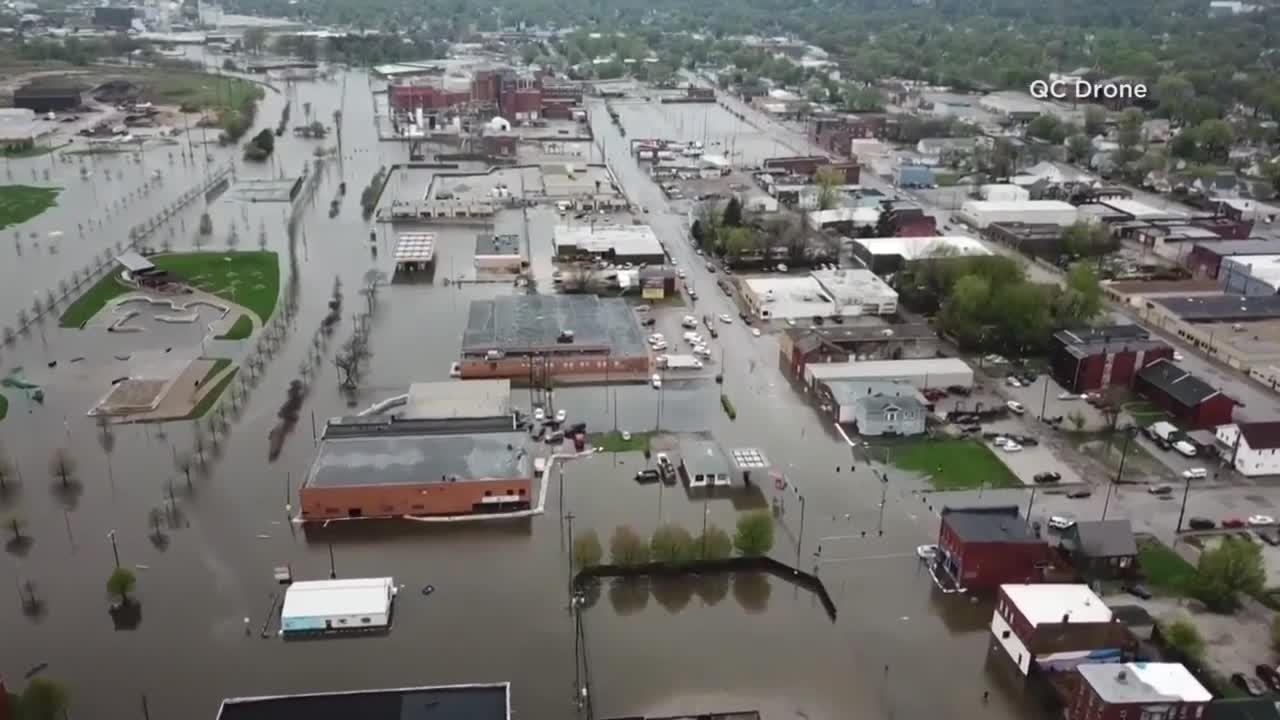 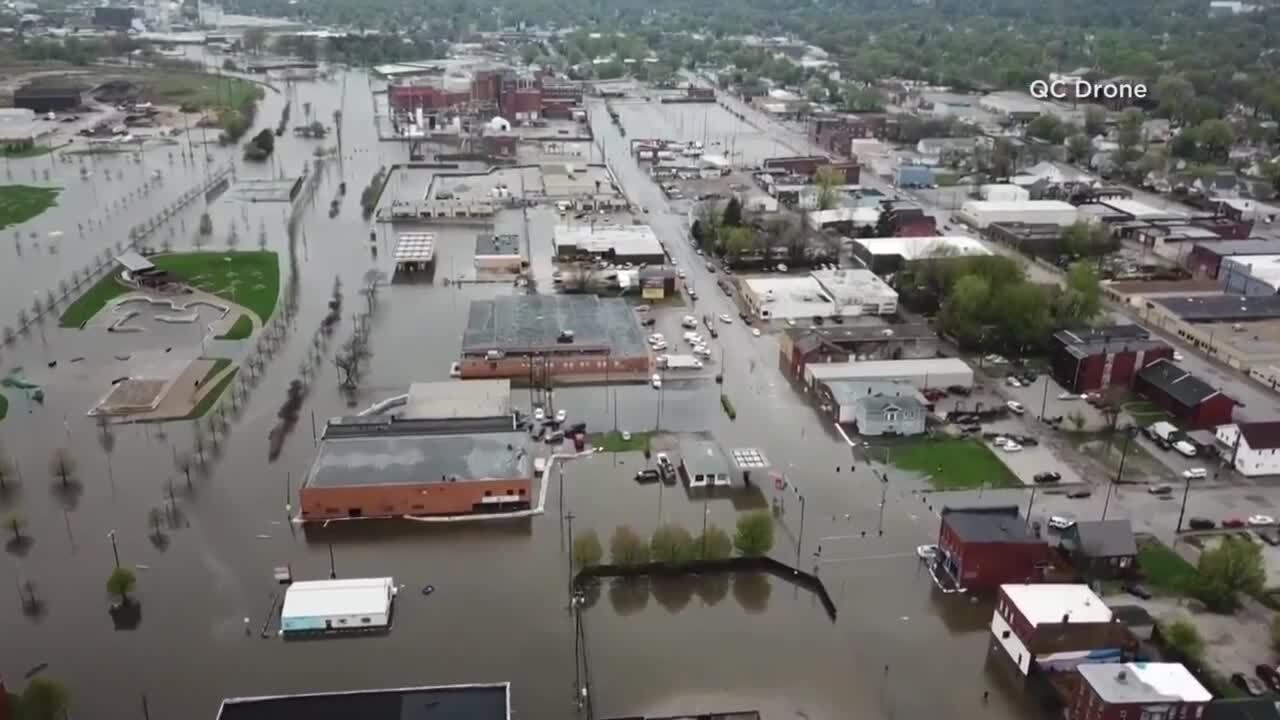 DAVENPORT, Iowa (KMTV) — Downtown blocks in Davenport, Iowa are underwater after a levee failed. Floodwaters now surround several buildings and cars.
Some people took shelter on rooftops until boats rescued them.
The Mississippi River is expected to crest at 22.4 feet, which is just short of a record crest set at Davenport in 1993.
Officials worry a rainy spring could push the already swollen river higher out of its banks.