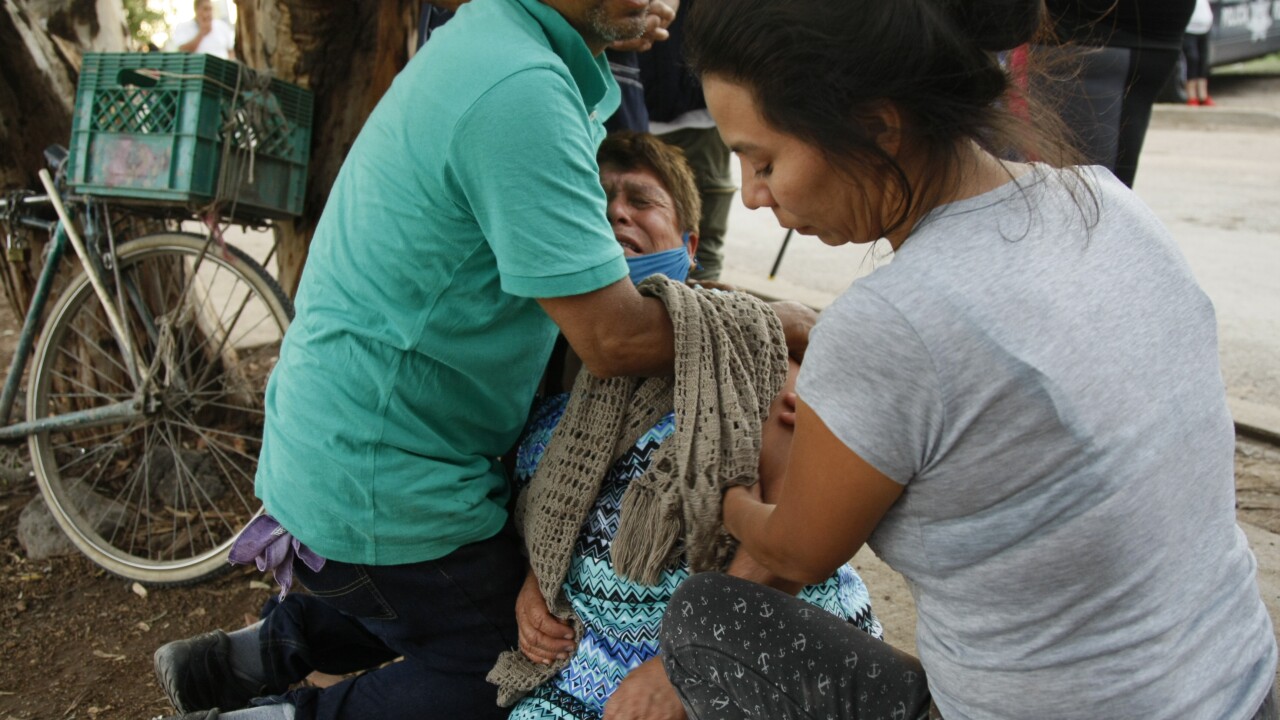 Copyright 2019 The Associated Press. All rights reserved
Mario Armas/AP
Relatives comfort a woman crying outside an unregistered drug rehabilitation center in Irapuato, Mexico, Wednesday, July 1, 2020, after gunmen burst into the facility and opened fire. According to police at least 24 people were killed in the attack. (AP Photo/Mario Armas)

Police in the north-central state of Guanajuato said the attack occurred Wednesday in the city of Irapuato.

Apparently, the attackers shot everyone at the rehab center. Three of the seven wounded were reported in serious condition.

State police say nobody was abducted.

Guanajuato is the scene of a bloody turf battle between the Jalisco cartel and a local gang.

No motive was given in the attack, but Mexican drug gangs have killed street-level dealers at such facilities in the past.