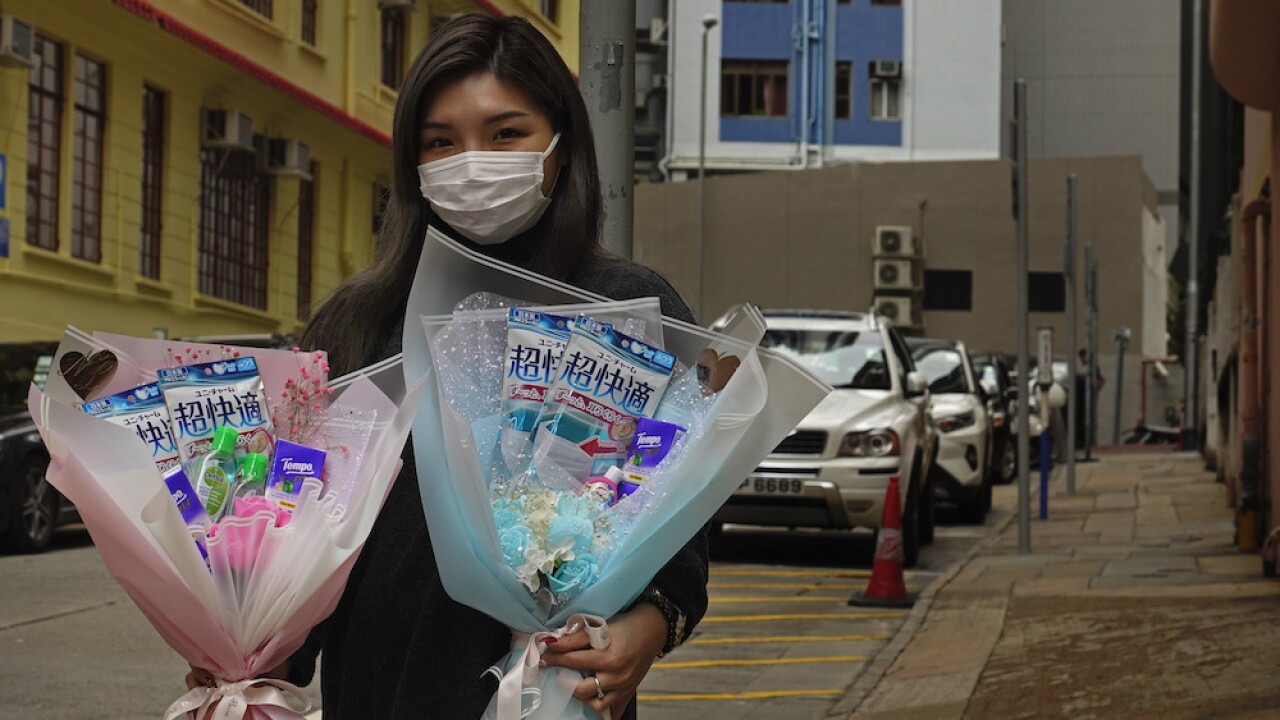 BEIJING — China has reported another sharp rise in the number of people infected with COVID-19, commonly known as the coronavirus, as the death toll neared 1,400.

The National Health Commission said Friday that 121 more people had died and there were 5,090 new confirmed cases.

The number of reported cases has been rising more quickly after the hardest hit province changed the way it is counting them Thursday. There are now 63,851 confirmed cases in mainland China, of which 1,380 have died.

Hubei province is now including cases based on a physician's diagnosis and before they have been confirmed by lab tests. Of the 5,090 new cases, 3,095 fell into that category.

Hundreds of cruise ship passengers long-stranded at sea by fears over COVID-19 have finally disembarked and were welcomed to Cambodia by the nation's authoritarian leader, who handed them flowers.

Prime Minister Hun Sen agreed to let the Westerdam dock after Thailand, Japan, Taiwan, the Philippines and Guam barred the ship over fears it might spread a virus.

The passengers cheered as they walked toward buses to take them to the airport and waved goodbye to other passengers watching from the ship's deck.

The Westerdam was unwelcome elsewhere even though operator Holland America Line said no cases of the COVID-19 illness had been confirmed among its passengers and crew.