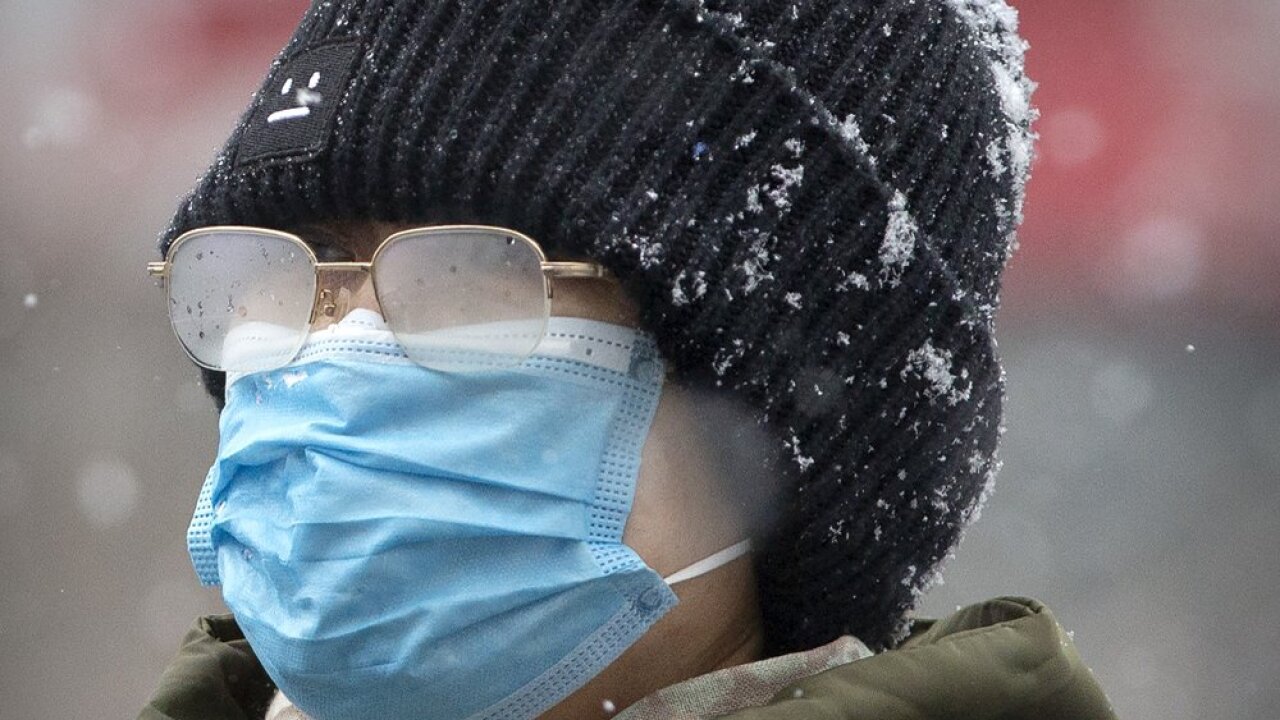 (AP Photo/Mark Schiefelbein)
A woman&#39;s eyeglasses are fogged up as she wears a face mask during a snowfall in Beijing, Sunday, Feb. 2, 2020. China&#39;s death toll from a new virus increased to 304 on Sunday amid warnings from the World Health Organization that other countries need to prepare in the event the disease spreads among their populations as more nations report local infections. (AP Photo/Mark Schiefelbein)

SEOUL, South Korea (AP) — The fight against the new virus is continuing, with crews scrubbing everything from money to buses and quarantines in effect in places from a beachfront resort in the Atlantic to a remote island in the Pacific.

The World Health Organization says the number of new cases reported outside China exceeded the number of new cases in China for the first time. Worries over the economic fallout from the disease are multiplying. Amid fears of mass gatherings where germs could easily spread, some are even questioning the fate of the Olympics, due to open in Tokyo in five months.

A growing list of countries have cases of the virus, which has sickened about 81,000 people around the globe.