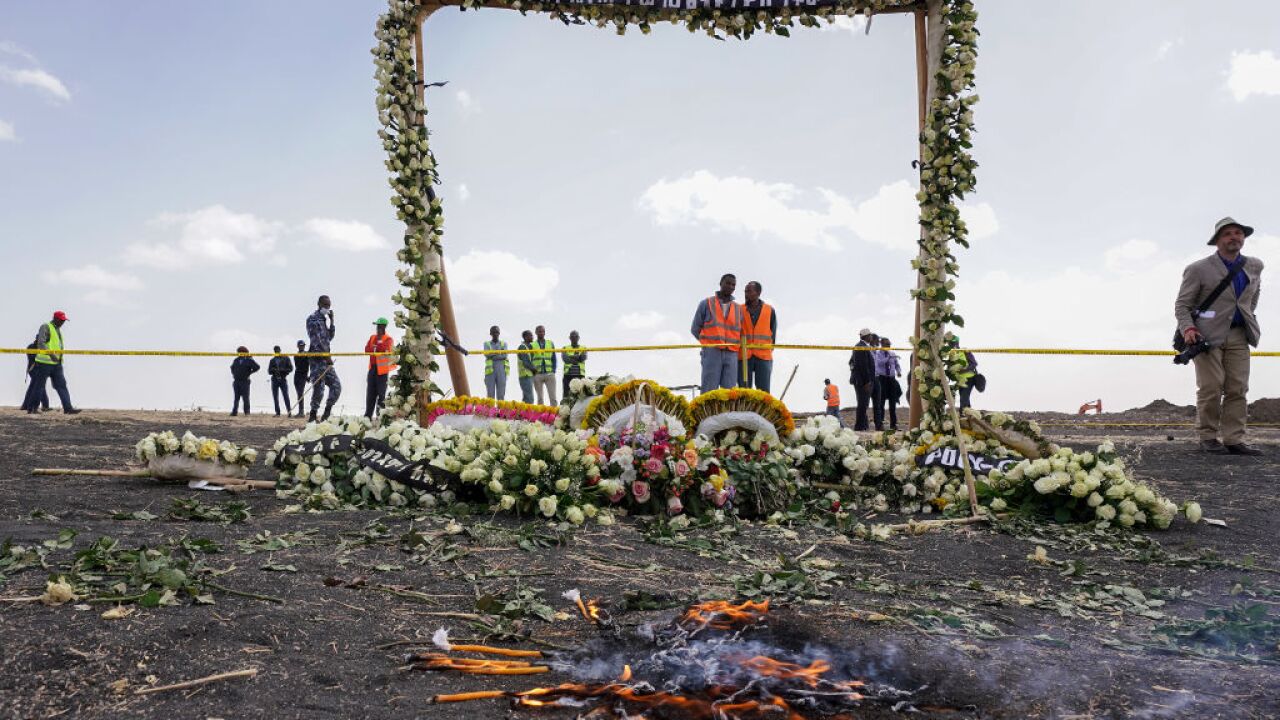 Dagmawit Moges told CNN that investigators have recovered all relevant data from the black boxes.

Moges did not provide additional details about the purported "similarities" between the two crashes but said they would be "subject to further investigation."

Ethiopian Airlines Flight 302 crashed March 10, six minutes after takeoff, killing all 157 people on board. It was the second disaster involving a new Boeing 737 Max 8 aircraft in less than six months.

In October, all 189 people on board the Lion Air crash were killed when the flight went down over the Java Sea in Indonesia 13 minutes after takeoff.

Both flights were operated by airlines with strong safety records. Investigations into both incidents are ongoing.

Similarities between the two incidents led aviation authorities around the world to ban the use of 737 Max 8s.

"He was having difficulties with the flight control of the airplane, so he asked to return back to base," GebreMariam said. The pilot was granted permission at the same time the flight disappeared from radar.