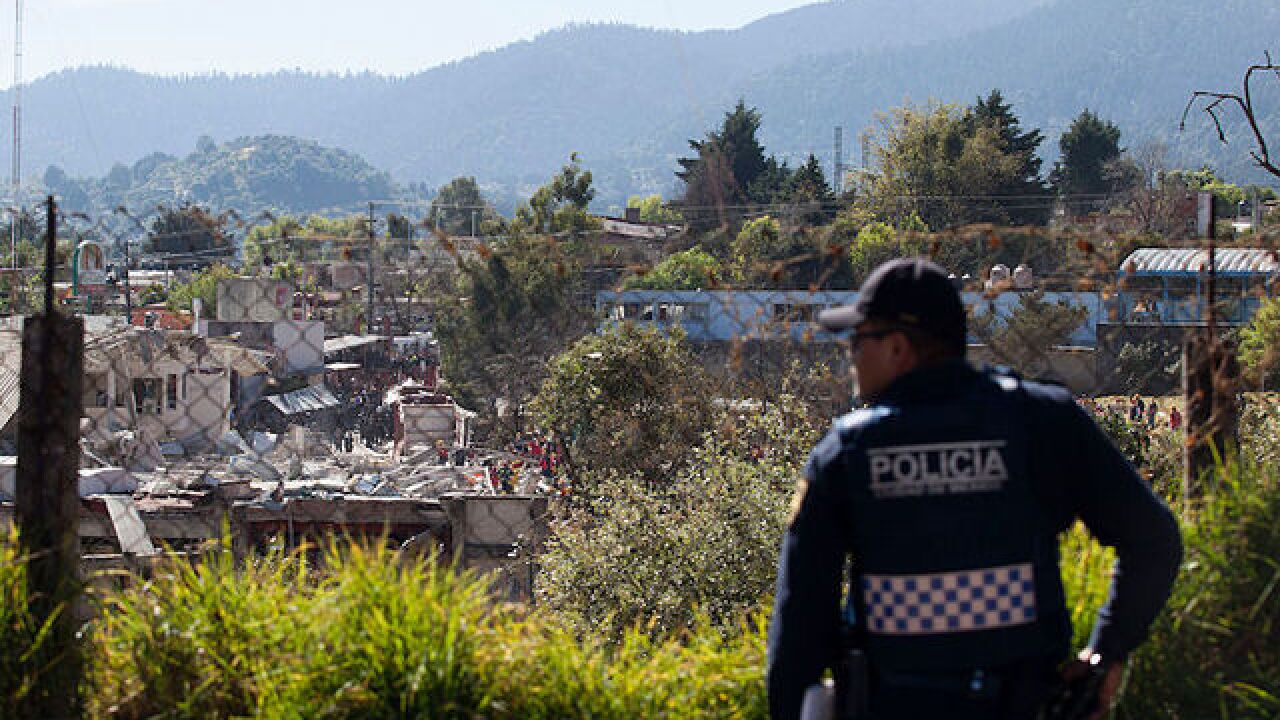 Two weeks after residents of Tlaquepaque, Mexico began complaining about a terrible smell coming from a local warehouse, they discovered the reason for the odor was a refrigerated truck with 150 unclaimed bodies inside.

"The odor would come in waves," Guadalupe Vázquez told CNN. "Something else that was suspicious was that patrol cars were always there guarding and at night dogs would bark and a lot of flies."

Local officials discovered the makeshift morgue on Friday during a routine inspection. It had been stored there by state authorities.

"When we wanted to close it down we were told we couldn't by state security officials because a truck with bodies was inside," said Tlaquepaque mayor María Elena Limón. She is asking for respect for both neighbors and the victims, and said Jalisco state officials need to take the bodies.

State authorities moved the refrigerated container to another municipality where neighbors and local officials again asked for it to be relocated. It's now in a location close to the state's attorney general's office.

The Jalisco State Attorney General Roberto López Lara tweeted that he has opened an investigation into the case, after the "severe inaction, insensitivity and negligence to take action by various authorities."

Jalisco is suffering from soaring levels of drug-related violence. According to the Mexican government, there were 1,369 homicides there in 2017.

The country as a whole had 31,174 homicides in 2017 -- around 25 per 100,000 inhabitants, according to data released by the Mexican National Institute of Statistics and Geography in July.

It was the highest number since the government began tracking the data in 1997 and a 27 percent increase on 2016.

Overall, murders in Mexico had been declining in recent years, reaching a low of 15,520 in 2014. But officials say a surge in drug-related crime reversed that trend.

During his campaign, AMLO said he would pursue a peace plan with representatives of the United Nations, human rights and religious organizations to help tackle the murder rate.