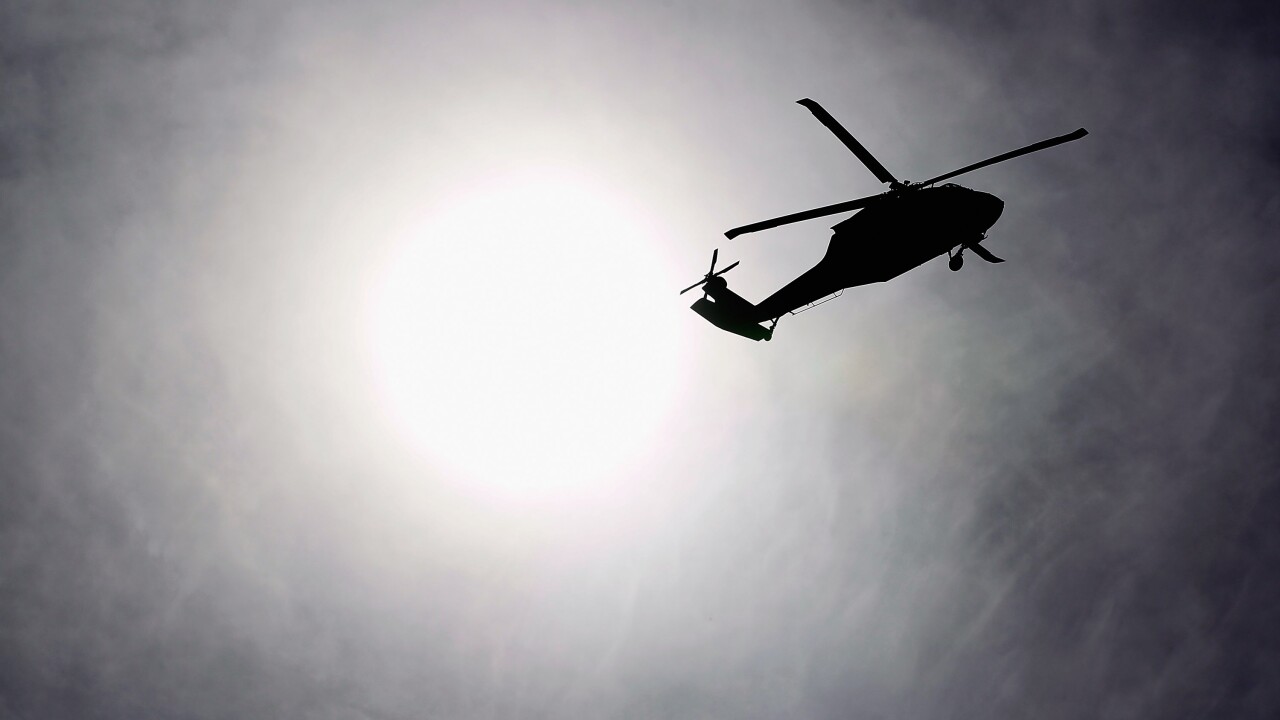 A Kenyan pilot and four American tourists were killed in a helicopter crash in Kenya, aviation authorities and police said on Monday.

The helicopter crashed in the Central Island National Park in Lake Turkana on country's northern border at 8:35 p.m. Sunday (2:35 a.m. ET), Kenya's Civil Aviation Authority said in a statement posted on its website.

"A rescue team was dispatched immediately and they arrived at the Central Island at around 11:20 p.m. and located the wreckage at 3:20 a.m. with no survivors," Kenya's aviation chief Gilbert Kibe said.

Mario Magonga has been identified as the pilot who flew the chopper to the island. Kenya's Daily Nation newspaper reported that Magonga was also the pilot for Kenya's Deputy President William Ruto.

Authorities have ordered an investigation into the crash.

The chopper was one of two that landed on the island, Kenyan police said in an earlier statement, adding that the other aircraft "managed" to land safely.

Investigators have not yet established the cause of the crash, according to the National Police Service, which said the names of the victims would be revealed after relatives have been told about the deaths.

A local news outlet reported Monday that the two choppers had taken tourists to the island, which borders Ethiopia and is known for its colony of Nile crocodiles.

Air mishaps have become frequent in recent months in Kenya, a popular destination for international tourists visiting the east African nation for its vast wildlife and coastal attractions.

Five people, including two Americans tourists, were killed in February after a small passenger plane crashed in Kenya's Mukatano forest.

In July, 10 people aboard a small aircraft died after it crashed in the Aberdare forest in the mountainous region of the country.