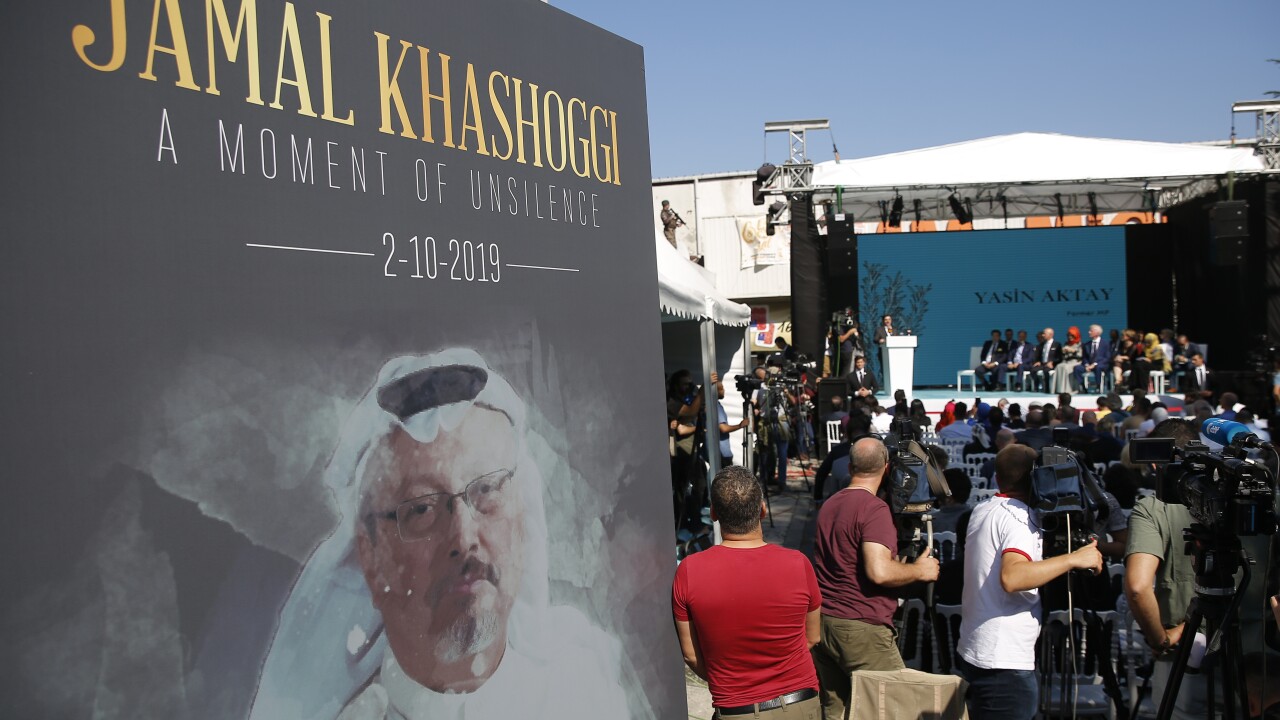 Copyright 2019 The Associated Press. All rights reserved
Lefteris Pitarakis/AP
FILE - In this Oct. 2, 2019 file photo, a picture of slain Saudi journalist Jamal Kashoggi, is displayed during a ceremony near the Saudi Arabia consulate in Istanbul, marking the one-year anniversary of his death. (AP Photo/Lefteris Pitarakis, File)

The trial was widely criticized by rights groups and an independent U.N. investigator, who noted that no senior officials nor anyone suspected of ordering the killing was found guilty.

The independence of the court was also brought into question.