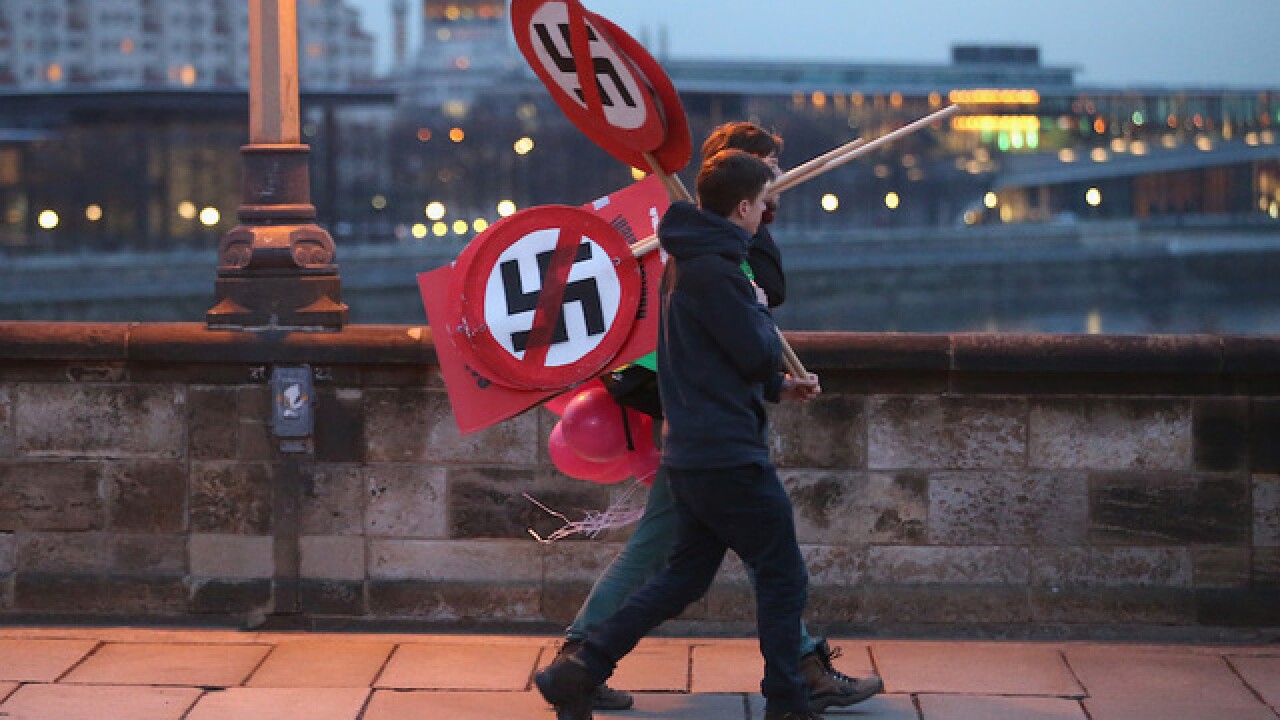 Copyright Getty Images
Sean Gallup
<p>Anti-neo-Nazi activists carry signs showing smarked through swastikas before the creation of a human chain in the city center as a statement against neo-Nazis on the 69th anniversary of the World War II firebombing of the city by the Allies on February 13, 2014 in Dresden, Germany. </p>

German federal prosecutors say they have detained six men who are suspected of having formed a far-right terrorist organization in the eastern German city of Chemnitz.

In a statement issued Monday, prosecutors said they believe the six men, all German nationals between 20 and 30 years old, had founded a group called "Revolution Chemnitz" and planned to carry out armed attacks against foreigners and political enemies.

They are also suspected of seeking to acquire semiautomatic weapons.

The men will be questioned by an investigating magistrate from the Federal Court of Justice Monday and Tuesday, the statement said.

A seventh man, 31, was arrested in a separate case last month.

More than 100 police officers took part in the arrests in the states of Saxony and Bavaria, and several properties linked to the men were searched, the prosecutors said.

The protests in Chemnitz were triggered by the death of Daniel Hillig and subsequent arrests of an Iraqi and a Syrian man. The Iraqi man has since been released from custody. During the disturbances, neo-Nazi demonstrators made Hitler salutes and chased foreigners through the streets.

The statement from prosecutors said the arrested men belonged to the skinhead and neo-Nazi element in Chemnitz and Saxony.