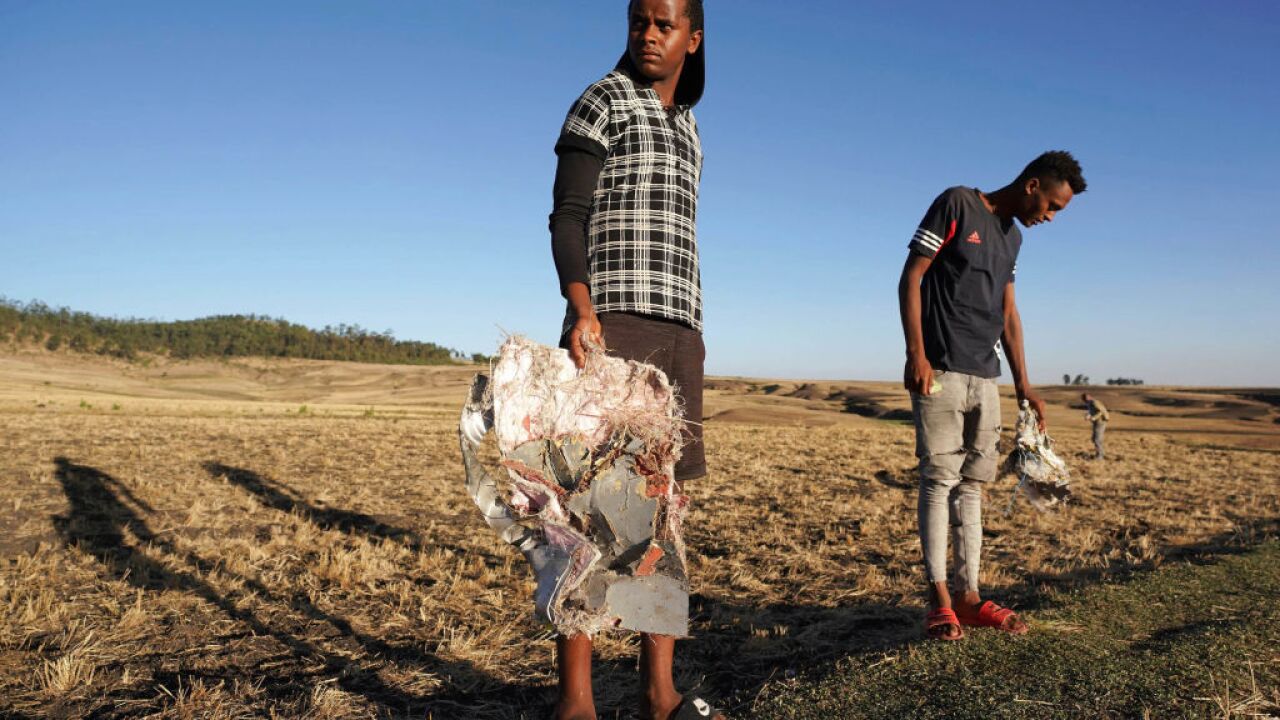 The ill-fated Ethiopian Airlines flight that crashed shortly after takeoff on Sunday was packed with humanitarian workers and international experts, many of whom were bound for a major United Nations environmental summit in the Kenyan capital, Nairobi.

The airline said passengers from at least 35 countries were on the flight, often referred to as a "UN shuttle" for ferrying staff between Addis Ababa, home of the African Union headquarters, and Nairobi, the UN's headquarters in Africa.

But the plane was particularly full due to the UN Environment Assembly , which began on Monday. The summit, described as the world's highest-level decision-making body on the environment, brings together member states to tackle environmental challenges.

UN officials paid their respects at the opening of the assembly. Executive director of UN Habitat Maimunah Mohd Sharif, who addressed the summit, said on Twitter : "The @UN has lost many great & hardworking personnel. May they RIP."

The dead included at least 32 Kenyans, 18 Canadians, nine Ethiopians, eight people from the United States, China and Italy, and seven from France and the United Kingdom, according to the airline. The victims' identities have not yet been officially confirmed.

Among those bound for the summit was British citizen Joanna Toole, who was due to represent the UN's Food and Agriculture Organization (FAO), according to the director of her department, fisheries and aquaculture.

"So profoundly sad and lost for words," Manuel Barange said in a tweet . "A wonderful human being, who loved her work with a passion."

The FAO, the International Organization for Migration (IOM) in Sudan, the World Bank and the UN Assistance Mission in Somalia (UNSOM) each lost one staff member in the crash. The Office of the High Commissioner on Refugees (UNHCR) lost two, as did the International Telecommunications Union (ITU). Six staff from the UN Office in Nairobi (UNON) were killed, as were seven employees of the World Food Program (WFP).

Ryan appeared in a video shared by WFP on Facebook last April, explaining his work in Kutupalong refugee camp near Cox's Bazar, Bangladesh, to create safe grounds for Rohingya refugees ahead of monsoon season.

China's Ministry of Foreign Affairs said that two of its six nationals who died in the crash worked for the UN, including one Hong Kong resident.

UN Secretary-General António Guterres said he was "deeply saddened" by the news and that the organization was working with Ethiopian authorities "to establish the details of United Nations personnel who lost their lives in this tragedy."

Kenya had the largest share of victims, including Cedric Asiavugwa , a third-year law student at Georgetown University in Washington, DC, who was passionate about helping refugees and volunteered with the Red Cross in his free time.

Born and raised in Mombasa on the country's east coast, he was on his way home to Nairobi after the death of his fiancée's mother, according to the university.

Another Kenyan aboard the flight was the former secretary general of Kenya's Football Federation, Hussein Swaleh, who was returning home after working as a match commissioner in an African Champions League game in Egypt, the Confederation of African Football said in a statement .

"Football has indeed lost a dedicated and hardworking individual that lived the game," the Football Kenya Federation tweeted on Sunday.

Four of the nine Ethiopians killed in the crash were working for the Catholic Relief Services and were en route to training when the plane crashed. "Although we are in mourning, we celebrate the lives of these colleagues and the selfless contributions they made to our mission, despite the risks and sacrifices that humanitarian work can often entail," CRS said in a statement.

Another Ethiopian, Tamirat Mulu Demessie, a child-protection specialist who worked with Save the Children, was confirmed dead by the nonprofit in a statement hailing his tireless efforts "to ensure that vulnerable children are safe during humanitarian crises."

Pius Adesanmi, a renowned Nigerian-born scholar who was director of Carleton University's Institute of African Studies, was among the 18 victims from Canada, the Ottawa university confirmed. Adesanmi, who also held Canadian citizenship, was awarded the Penguin Prize for African writing in 2010 for his collection of essays in You're Not a Country, Africa!

"Pius Adesanmi was a towering figure in African and post-colonial scholarship and his sudden loss is a tragedy," said Benoit-Antoine Bacon, president and vice-chancellor of the university.

Before Sunday's flight, Adesanmi posted a photo of himself on Facebook along with Psalm 139:9-10: "If I take the wings of the morning and dwell in the uttermost parts of the sea, even there your hand shall lead me, and your right hand shall hold me."