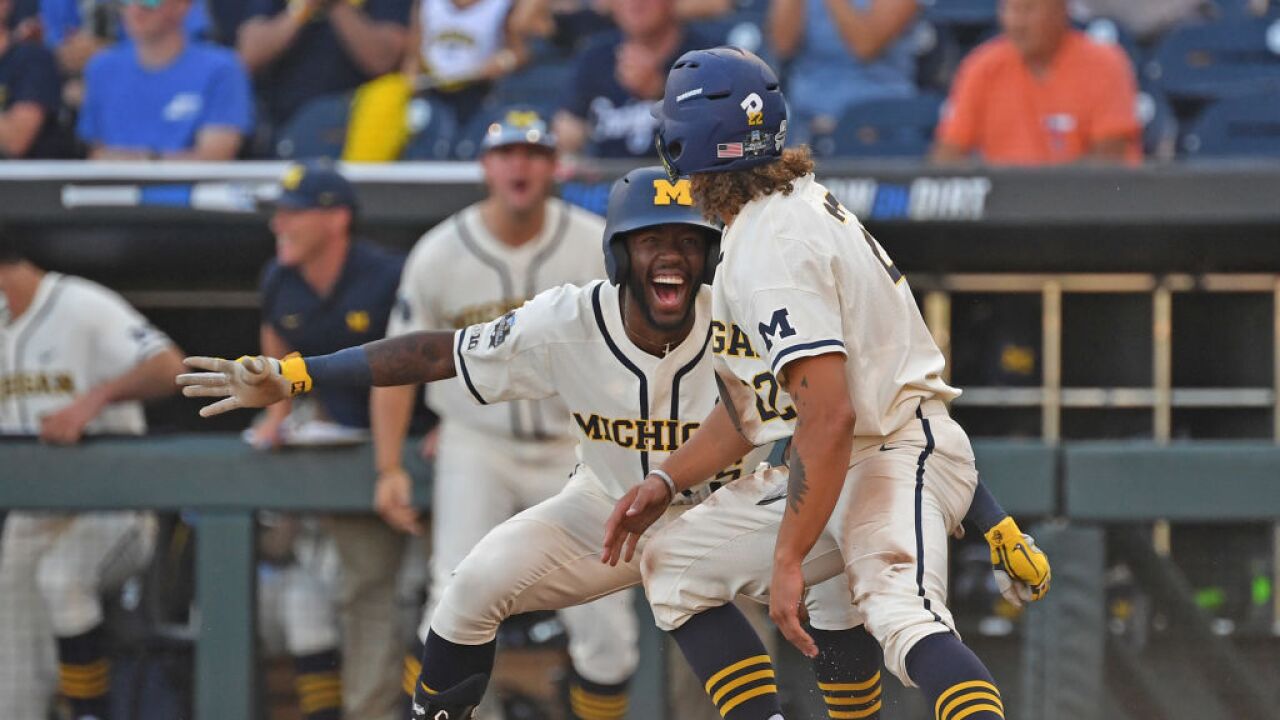 Peter Aiken/Getty Images
OMAHA, NE - JUNE 24: Jordan Brewer #22 of the Michigan Wolverines celebrates with teammate Christan Bullock #5 after scoring a run in the first inning against the Vanderbilt Commodores during game one of the College World Series Championship Series on June 24, 2019 at TD Ameritrade Park Omaha in Omaha, Nebraska. (Photo by Peter Aiken/Getty Images)

OMAHA, Neb. (KMTV) — Michigan jumped out to a 4-0 lead then hung on to beat Vanderbilt, 7-4, on Monday in game one of the College World Series Finals.

The Wolverines are now one victory away from their first national championship in 57 years and third overall.

Tommy Henry went 8.1 innings for Michigan on the mound giving up three earned runs while striking out eight.

Jimmy Kerr homered for the Wolverines, his 3rd long ball of the CWS and 15th on the season. Joe Donovan also homered for Michigan (50-20).

Game two of the series starts at 6 p.m. on Tuesday on ESPN. Game three, if necessary, would be Wednesday at 6 p.m. also on ESPN.