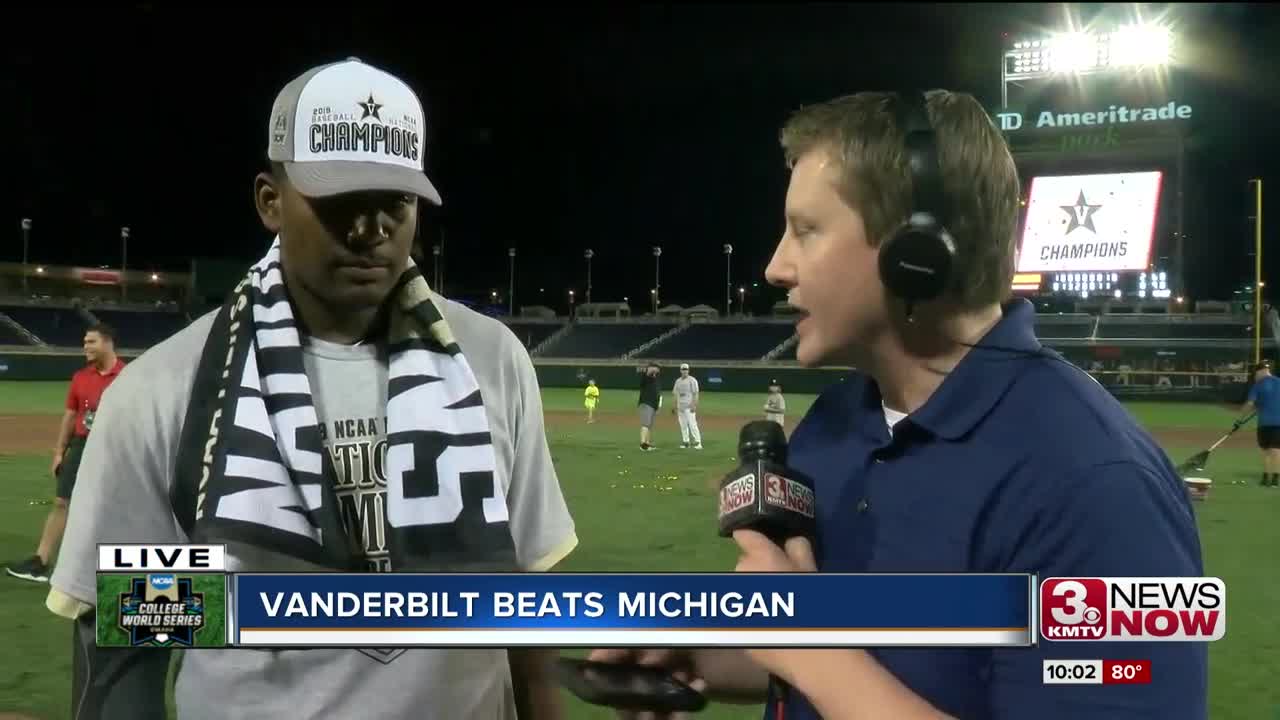 OMAHA, Neb. (KMTV) — Vanderbilt trailed 1-0 early but then reeled off seven straight runs to beat Michigan, 8-2, in Game 3 of the CWS Finals on Wednesday night at TD Ameritrade Park Omaha.

It's the Commodores' 2nd national title in program history, with the first one coming back in 2014.

After trailing 1-0 after the first inning, Pat DeMarco evened things with a solo home run in the bottom of the 2nd.

The 'Dores then took the lead on a bases loaded walk in the bottom of the 3rd followed by a two-run RBI single by Stephen Scott.

Vanderbilt finished the season with a 59-12 record, the most wins ever by an SEC team.