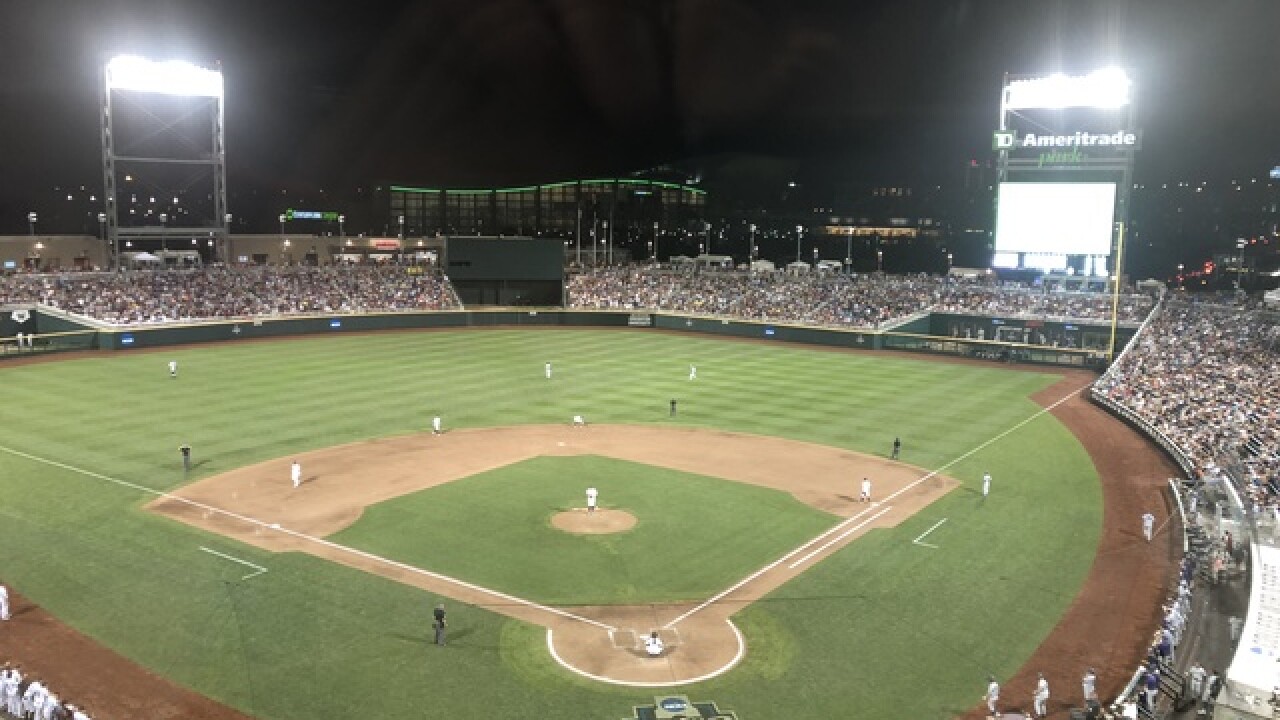 Following weather delays throughout the afternoon Monday, the NCAA will try to fit in three games in one day at the College World Series Tuesday.

The day begins with a winner's bracket game between Mississippi State and North Carolina at 10 a.m. with Texas and Florida squaring off in an elimination game 65 minutes after the conclusion of that game.

At 6 p.m., the second winner's bracket game of the day will be played when Texas Tech takes on Arkansas.

Rain is in the forecast once again.

On Monday night, only one game was played, with Oregon State rallying after a long delay to defeat Washington 14-5 and send the Huskies home. Off the field, the team's played a cat's game in a battle of tic tac toe on Twitter.