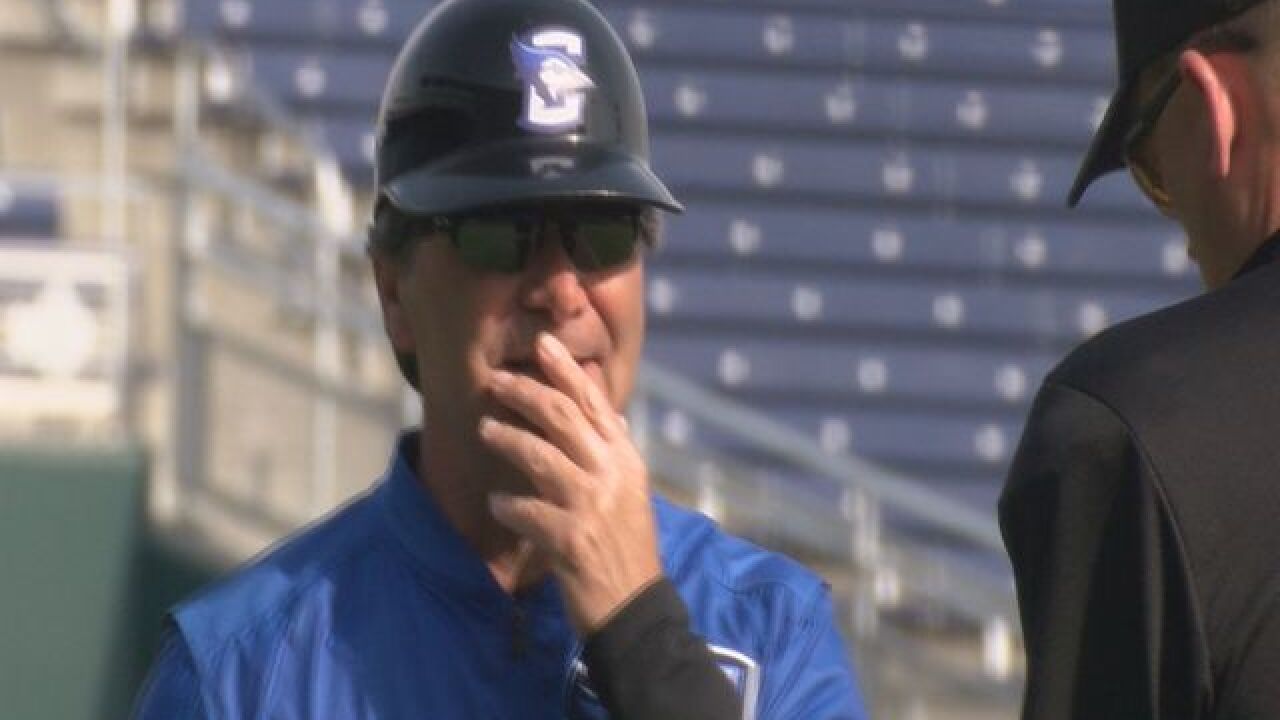 Creighton Baseball continued to pound away on the opposition from the plate as the Bluejays raced out to a 10-1 lead after five innings, then held on for a 12-9 win over Nebraska on Tuesday, April 24.

The win gave the Bluejays the series victory over the Huskers for the first time since 2010, claiming each of the first two meetings. On the season the Bluejays moved to 24-11, while Nebraska fell to 17-22.

Creighton got things rolling in the top of the first as junior Clark Brinkman lined a leadoff double to left-center. One out later an error by Husker third baseman Luke Roskam put Bluejays at the corners. Juniors Jack Strunc and Thomas Luevano followed with RBI singles to give Creighton a 2-0 edge.

Nebraska answered with a run in the second, taking advantage of a single and two walks to load the bags for an RBI ground out from Luis Alvardo.

Sophomore Will Robertson wasted no time getting that run back in the top of the third with a no doubt home run to right field to make 3-1.

The Bluejays added a run in the fourth on a leadoff double from Luevano, a sac bunt by junior Ryan Mantle and a sac fly from sophomore Jason Allbery.

Leading 4-1 entering the fifth, Creighton batted around as the Jays plated six runs in the frame. Brinkman singled to open the inning, then sophomore Isaac Collins lined a double down the left field line. Robertson,  Strunc and Luevano each continued the hit parade with RBI singles to make it 7-1.

Nebraska went to its bullpen for Mike Waldron but a sacrifice and a walk to Allbery loaded the bags once more with one out. Sophomore Parker Upton bounced a ball back to the mound, but hustled down the line to prevent a double play. That proved critical as senior Blake Whitecotton blasted a three-run double into right-center to push Creighton out to a 10-1 edge.

Nebraska responded with three runs in the bottom of the fifth, but Collins cut short the Husker rally with a solo home run to open the sixth giving Creighton an 11-4 advantage.

Bluejay starter Preston Church gave way to the bullpen in the seventh and the Huskers pushed across five runs to send the game to the ninth with Creighton holding just an 11-9 lead.

Once more the Bluejays found a way to tack on an insurance run as Mantle walked, went to second on a sacrifice, took third on a wild pitch and scored on a pass ball.

In the ninth the Bluejays brought in junior closer Bobby Kametas for a perfect frame to pick up his fourth save of the season.

Church moved to 5-2 with the win, allowing four runs on five hits in six innings.

Creighton returns to the diamond on Friday, April 27 as the Bluejays open a three-game series with Georgetown at 6:30 pm.