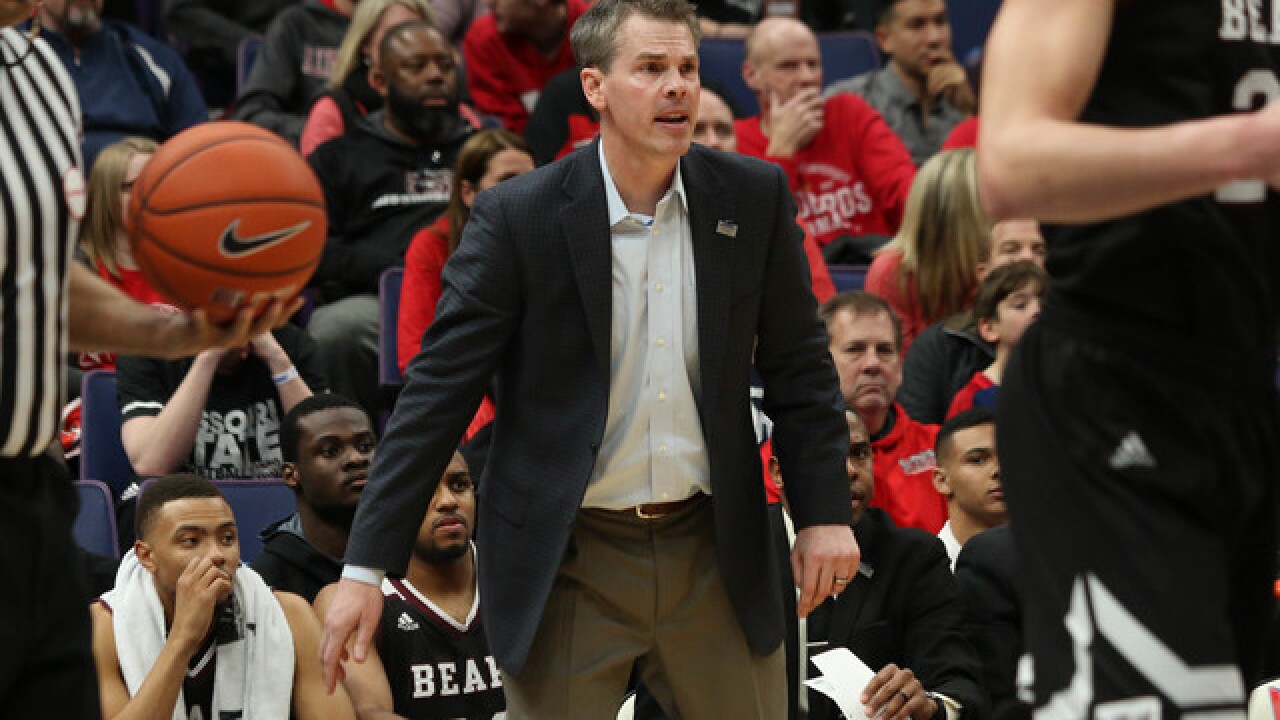 Copyright 2018 Scripps Media, Inc. All rights reserved. This material may not be published, broadcast, rewritten, or redistributed.
<p>Creighton basketball has named Paul Lusk as its new Assistant Coach.</p>

“I’ve known Paul Lusk for 15 years,” said McDermott. “He is a man of high character and integrity. His connections throughout the country will aid in our recruiting efforts. His passion, work ethic and enthusiasm to teach the game is a perfect fit for our coaching staff. We can’t wait to welcome him and his family to Omaha.”

“Coach McDermott’s one of the best coaches in the country,” said Lusk. “He’s also one of the best people in the business. Creighton has a long, rich basketball tradition and continues to be in the top five in the country in attendance. That speaks volumes about how important basketball is to the city and the University. I can’t wait to join his staff and be a part of the Creighton Basketball family.”

He came to Missouri State after seven seasons as an assistant coach and associate head coach at Purdue. During his tenure on the Purdue coaching staff, Lusk helped guide the Boilermakers to five consecutive NCAA Tournament appearances with a collective 129-45 ledger during that span.

In 2010 Lusk was named by FoxSports.com as one of the nation’s top 25 high-major assistant coaches. In April 2011, Lusk was inducted into the Illinois Basketball Hall of Fame.

Before moving to Purdue, he spent one season on Matt Painter’s staff at Southern Illinois in 2003-04, a campaign that also culminated in an NCAA Tournament berth, a No. 15 national ranking and a 25-5 record.

Prior to that, he spent one season as head coach at the University of Dubuque. His head coaching debut came on the heels of three seasons at Division II Missouri Southern State in Joplin where he was an assistant. The Lions were 71-21 in that span (1999-2002) with an NCAA Tournament appearance in 1999-2000. His coaching career started with a one-year stint as an assistant at Southwestern Illinois College in Belleville.

The native of New Baden, Ill., began his playing career at Iowa in 1990 where he spent two years before he found a home at Southern Illinois under coach Rich Herrin. He helped guide the Salukis to three straight NCAA Tournament trips (1993-95), earning All-MVC second-team honors in 1994 with a 15.2 scoring average as a junior. As a senior, he earned a spot on the Valley Scholar-Athlete and All-Tournament teams and finished his Saluki career with 1,031 points.

He went on to play professionally both in the United States and Argentina and earned two different invitations to the Phoenix Suns’ training camp.

A 1995 graduate of Southern Illinois, Lusk and his wife Melanie have a daughter, Maddie, and a son, Jack. The couple both earned their Masters of Science in Education from Missouri State in 2000.

Under the direction of head coach Greg McDermott, Creighton finished the 2017-18 season with a 21-12 record, advancing to the program’s fifth NCAA Tournament in the past seven seasons.