Creighton beats St. John's for the sixth straight time to improve to 6-3 in conference play 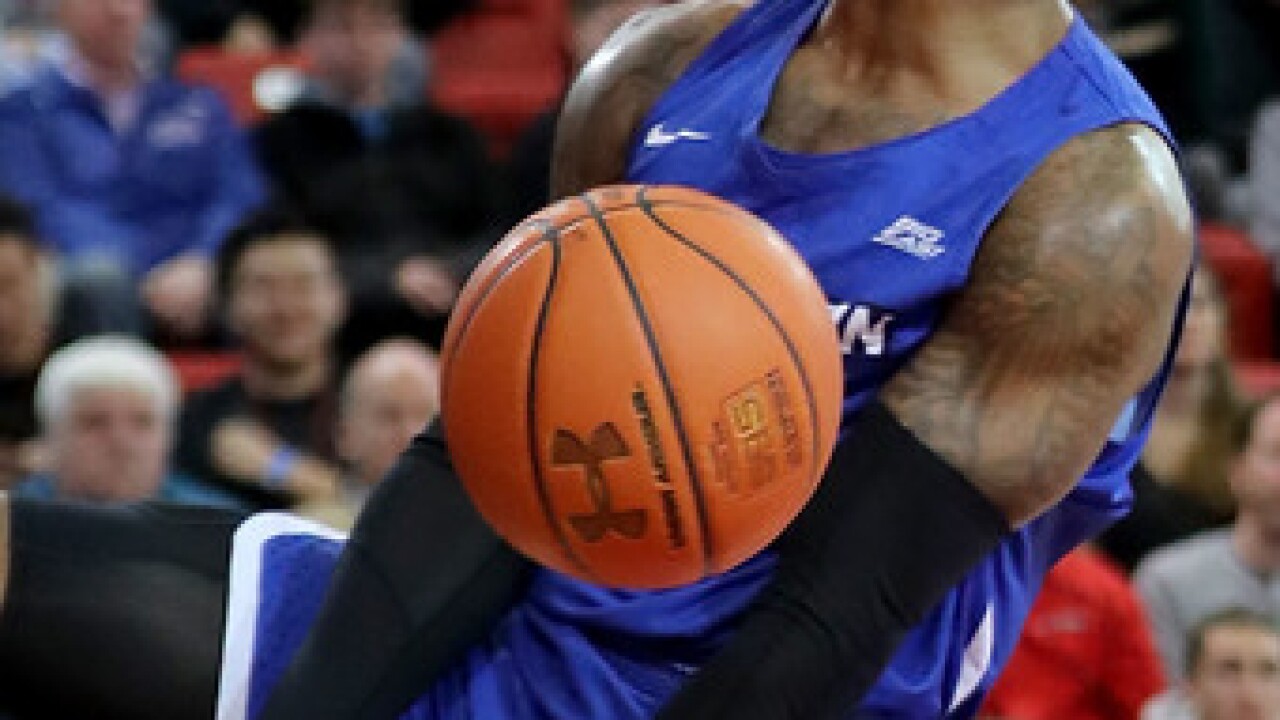 Image copyright 2018 Getty Images. All rights reserved. This material may not be published, broadcast, rewritten, or redistributed.
Abbie Parr
<p>NEW YORK, NY - JANUARY 23: Khyri Thomas #2 of the Creighton Bluejays reacts after dunking the ball in the first half against the St. John's Red Storm during their game at Carnesecca Arena on January 23, 2018 in the Queens borough of New York City. (Photo by Abbie Parr/Getty Images)</p>

The Creighton men's basketball team beat St. John's for the sixth consecutive matchup with the Red Storm. Marcus Foster's 24-points led the Bluejays to a 68-63 victory.

With under 15 minutes on the clock St. John's went on an 8-0 run to cut the Jays lead to 45-37. The Red Storm continued to cut the deficit coming within five points with under two minutes to play. The Bluejays were able to hold on to the win with 68-63 victory. Creighton's Foster and Thomas led the Bluejays with a combined total of 43 points.