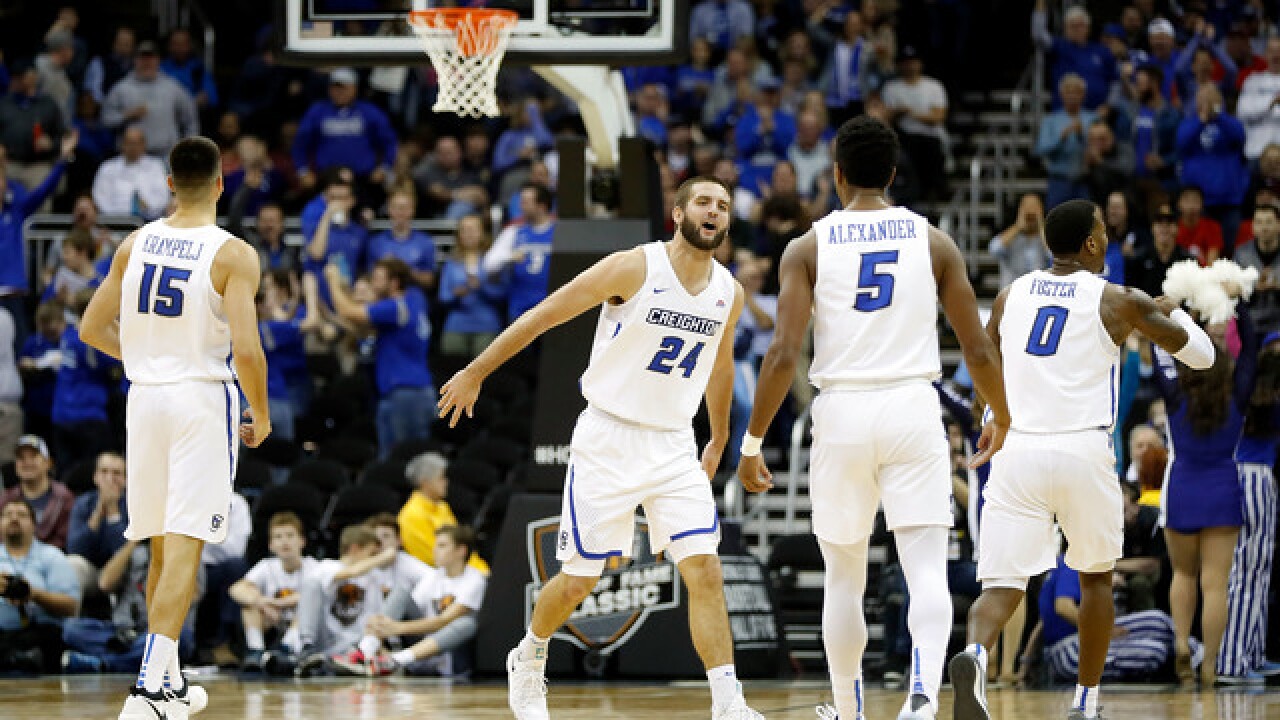 Image copyright 2017 Getty Images. All rights reserved. This material may not be published, broadcast, rewritten, or redistributed.
Jamie Squire
<p>KANSAS CITY, MO - NOVEMBER 20: Mitchell Ballock #24 of the Creighton Bluejays celebrates with teammates during a timeout in the National Collegiate Basketball Hall Of Fame Classic game against the UCLA Bruins at the Sprint Center on November 20, 2017 in Kansas City, Missouri. (Photo by Jamie Squire/Getty Images)</p>

Creighton's offense led the team to a BIG EAST road win against Georgetown. The Bluejays 90-66 win marks the first time Creighton has won at Georgetown.

The Bluejays capitalized on moving the ball on offense, at one point the Jays had 24 field goals and 22 assists. Creighton ended with 24 assists and 33 made field goals, including 16 three-pointers.

Toby Hegner led the Bluejays with 19 points, finishing with five three-pointers. Davion Mintz closely followed with four threes and 17 points. Other Jays finishing in double-figures include Khyri Thomas with 15 points and Martin Krampelj with 12.