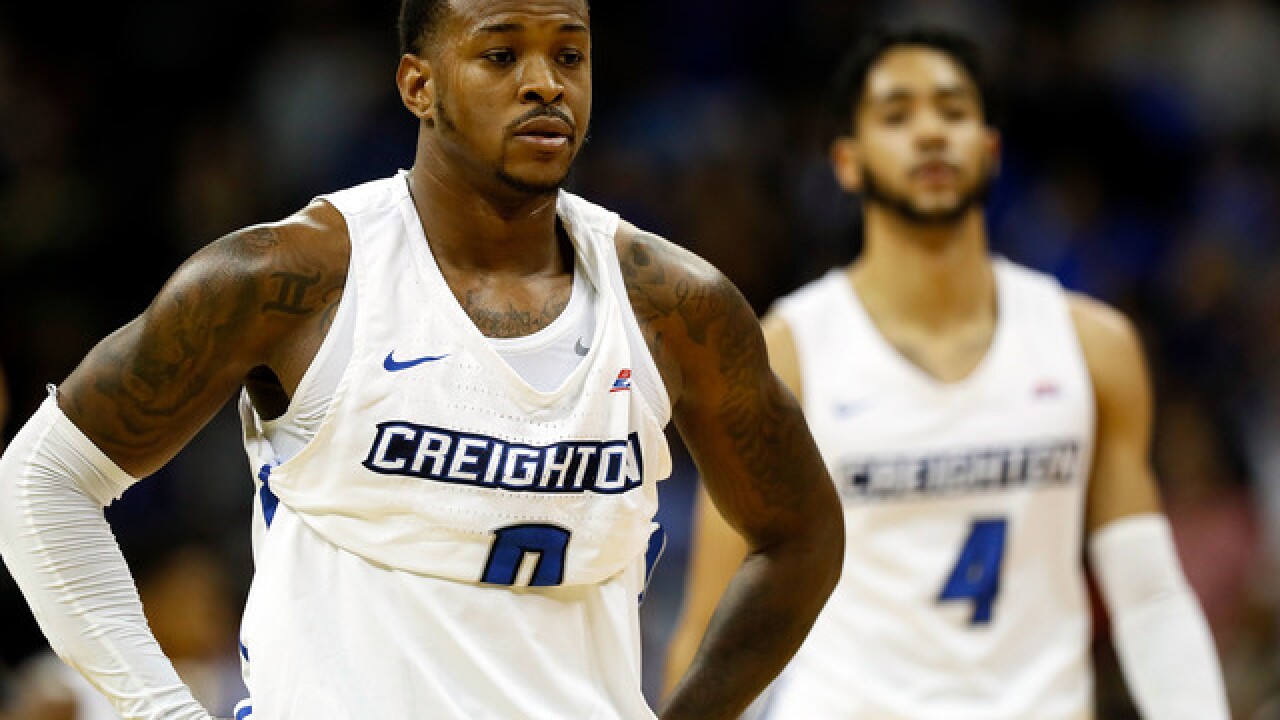 Copyright 2017 Scripps Media, Inc. All rights reserved. This material may not be published, broadcast, rewritten, or redistributed.
Jamie Squire
<p>KANSAS CITY, MO - NOVEMBER 21: Marcus Foster #0 and Ronnie Harrell Jr. #4 of the Creighton Bluejays walk off the court during a timeout in the National Collegiate Basketball Hall Of Fame Classic Championship game against the Baylor Bears at Sprint Center on November 21, 2017 in Kansas City, Missouri. (Photo by Jamie Squire/Getty Images)</p>

Looking to avoid an 0-2 start in Big East play for the first time in three years, No. 25 Creighton men's basketball ended the 2017 calendar year with a big win, 83-64, over Providence Sunday afternoon at the CenturyLink Center.  The Bluejays are now a perfect 9-0 at home so far this season.

CU came out strong in the first half behind nine points from Omaha native Khyri Thomas to take a 39-29 advantage over the Friars into the halftime locker room. The Jays then opened the second half on a 11-3 run and took control of the contest from there to post the 83-64 win.

Creighton's defense had a very strong performance against Providence on New Years' Eve, holding the Friars to just 38.7 percent shooting from the field and just 3 of 23 from beyond the arc.

Five Bluejays ended Sunday in double figures, led by a team-high 18 points from Marcus Foster.  Martin Krampelj followed up a career-high 23 points against Seton Hall on Thursday with 13 points and 8 rebounds against Providence on Sunday.