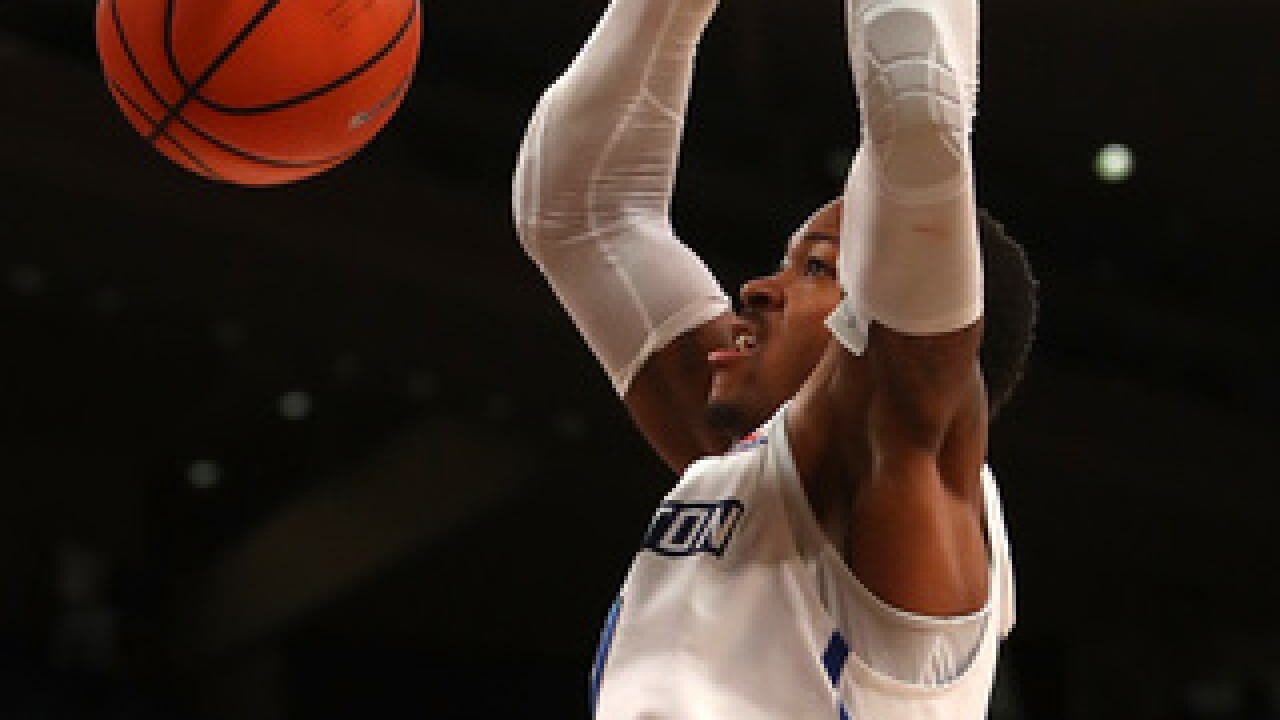 Image copyright 2018 Getty Images. All rights reserved. This material may not be published, broadcast, rewritten, or redistributed.
Mike Lawrie
<p>NEW YORK, NY - MARCH 08: Marcus Foster #0 of the Creighton Bluejays dunks the ball against the Providence Friars in overtime during the Big East basketball tournament Quarterfinals at Madison Square Garden on March 8, 2018 in New York City. (Photo by Mike Lawrie/Getty Images)</p>

The Creighton men's basketball team has been selected as an At-Large bid to continue its postseason in the 2018 Division I Men's Basketball Championship.

Creighton (21-11) has been announced as the No. 8 seed of the South Region and will be taking on No. 9 seed Kansas State (22-11). The Bluejays will be going up against the Wildcats in the first round of the NCAA Tournament Friday, March 16th at the Spectrum Center in Charlotte, NC.

The Bluejays lost to Providence 72-68 in the first round of the BIG EAST Tournament while the Wildcats fell to Kansas 83-67 in the BIG 12 Championship semifinals.