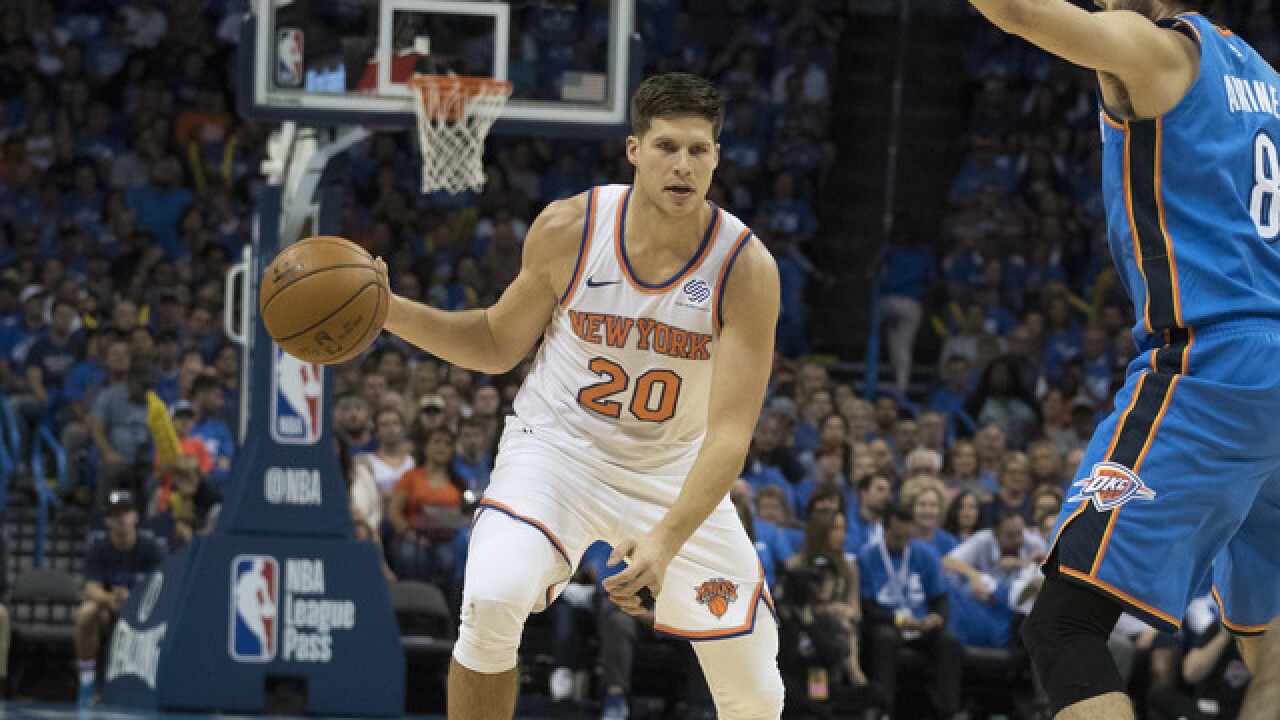 Copyright 2017 Scripps Media, Inc. All rights reserved. This material may not be published, broadcast, rewritten, or redistributed.
J Pat Carter
<p>OKLAHOMA CITY, OK - OCTOBER 19: Doug McDermott #20 of the New York Knicks during the second half of a NBA game at the Chesapeake Energy Arena on October 19, 2017 in Oklahoma City, Oklahoma. NOTE TO USER: User expressly acknowledges and agrees that, by downloading and or using this photograph, User is consenting to the terms and conditions of the Getty Images License Agreement. (Photo by J Pat Carter/Getty Images)</p>

Former Creighton Bluejay Doug McDermott did what he does best Friday night in the New York Knicks' game against the Miami Heat.

The Knicks trailed 97-94 with time running down in the fourth. Kristaps Porzingis grabbed a rebound and found McDermott who drained a corner three with just 1.1 seconds left on the clock to send the game to overtime.

If you know anything about basketball, you knew @dougmcdermott was gonna make this shot pic.twitter.com/dauOnmPMmd

McDermott finished the game with nine points as the Heat went on to win 107-103.

STORY: Creighton comes back from down 10 to beat St. John's.