Quinn's Corner: Why I love this Final Four 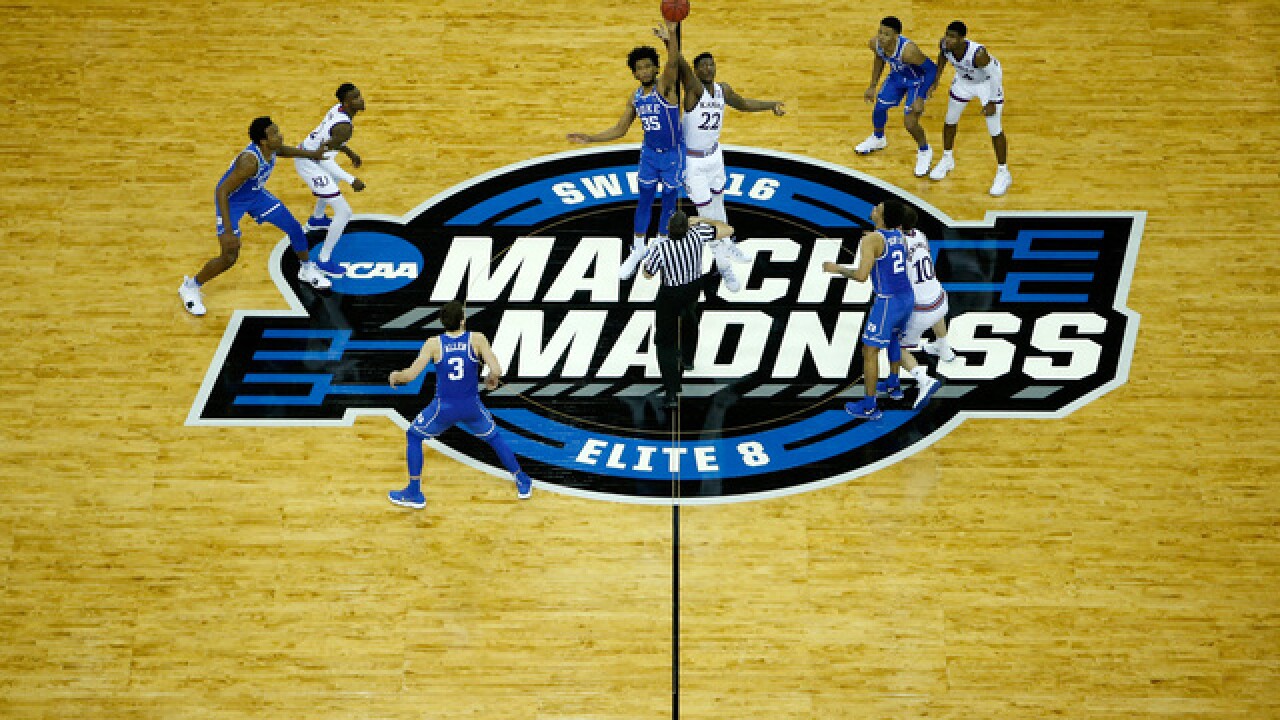 Image copyright 2018 Getty Images. All rights reserved. This material may not be published, broadcast, rewritten, or redistributed.
Streeter Lecka
<p>OMAHA, NE - MARCH 25: Marvin Bagley III #35 of the Duke Blue Devils tips off against Udoka Azubuike #35 of the Kansas Jayhawks to start overtime in the 2018 NCAA Men's Basketball Tournament Midwest Regional at CenturyLink Center on March 25, 2018 in Omaha, Nebraska. (Photo by Streeter Lecka/Getty Images)</p>

Another Monday has arrived, and another reduction of the NCAA tournament field is complete.

This time, its down to just four: Kansas, Villanova, Loyola, and Michigan. By this time next week, we'll have it whittled down to two with the title game looming.

Full disclosure - my favorite Final Four came in 2008, when all four #1 seeds reached the last weekend, and Kansas ended up outlasting Memphis in the title game thanks to a Mario Chalmers three for the ages. There's something about having all four heavy hitters left at the end I find gratifying, but if we have to stray from that formula, this is the perfect combination of teams in my book: the favorite, the blue blood, the hot streak, and Cinderella.

Every Final Four needs the team that's been in the mix since the very beginning, and Villanova fits that bill. Even if you didn't think Nova was the single best team from the start, they hovered around the top three or four all year.

A Final Four without one of the best teams all season long would feel incredibly empty. The regular season has to count for something, and Nova spent four months showing why they are one of the best.

After Friday night, we knew the role of the blue blood would be filled by either the Jayhawks, or Duke. As it is, KU downed the Blue Devils in what will go down as the game of the tournament thus far.

This year's Kansas team had their shortcomings. They lost three times at home this season, yet still managed to claim their record setting 14th consecutive Big 12 title. There's no lottery pick on the roster (at least in this year's NBA draft), and Devonte' Graham is considered a fringy first rounder by most draft sites. Because of those issues, it's hard to label Kansas as "the favorite."

Yet, the tradition surrounding KU hoops in undeniable, and here they are once again. Despite taking some lumps throughout the season, no one will be surprised if the Jayhawks end up winning the whole thing.

You'll be hard pressed to find a team any hotter than the Wolverines right now. Michigan hasn't lost since February 6th (Northwestern), and have rattled off 13 in a row to reach the Final Four.

What makes this Michigan team unique is the diverse manner in which they've won games. Some nights, its been almost exclusively with defense. Other nights, it feels like they can't miss. Regardless, this Wolverine team is about as scrappy of a club as you'll find in college basketball.

Given the wide range of teams they've beat over the past month and a half, would anyone be surprised to see them be the last one standing?

The moniker fits in every way: from a mid-major conference, under the radar all season, low seed, and great side story to go along with it all. Everything we want in a true NCAA tournament Cinderella.

That said, Loyola might not be done winning yet. They have five guys that can score at any moment, and are underrated on defense (their KenPom adjusted defensive efficiency ranks in the top 20 nationally).

Plus, when you have a 98-year old nun on your side, it has to count for something. Could this be the year when Cinderella ends the season on a winning streak? I wouldn't put it past them.

If I had my way, it'd be the top four seeds playing the Final Four every year. Just the kind of guy I am. But, if it can't be that way, then I'll gladly take this mix.

That said, give me Villanova over Michigan in the final for Jay Wright's second title in the last three years.