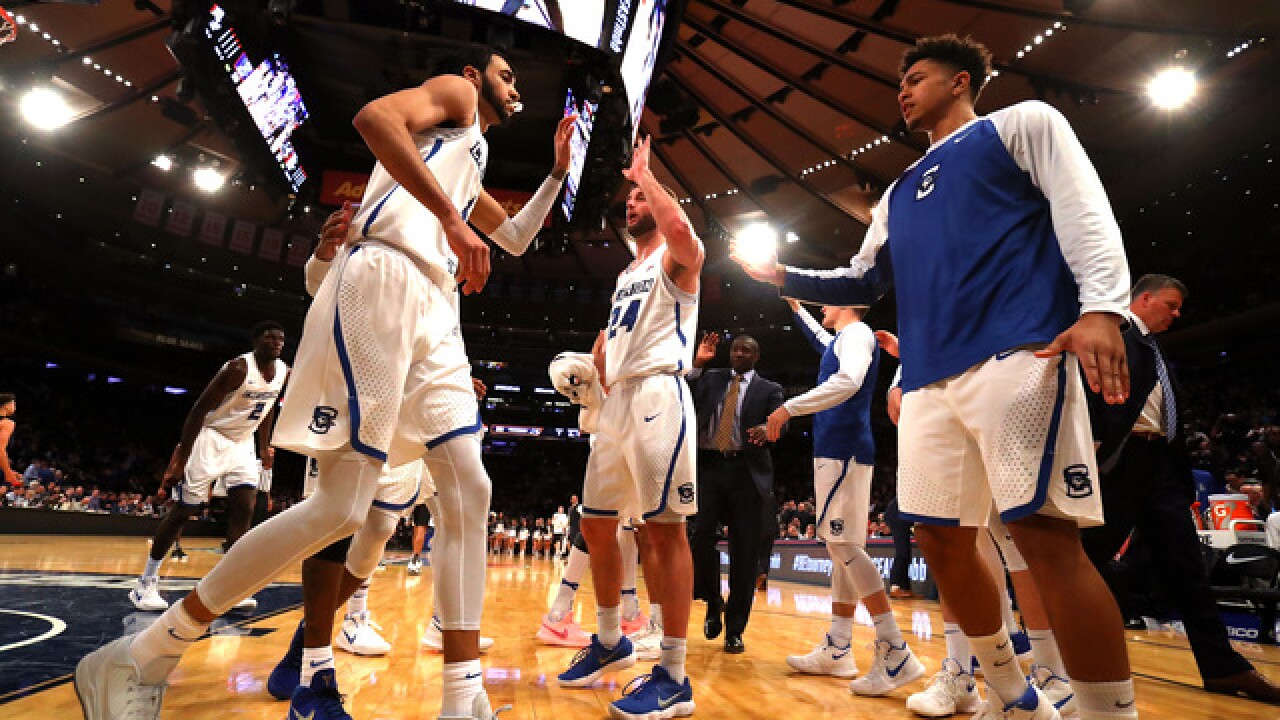 Copyright 2018 Scripps Media, Inc. All rights reserved. This material may not be published, broadcast, rewritten, or redistributed.
Mike Lawrie
<p>NEW YORK, NY - MARCH 08: Mitch Ballock #24 of the Creighton Bluejays celebrates with teammates at the end of the first half against the Providence Friars during the Big East basketball tournament Quarterfinals at Madison Square Garden on March 8, 2018 in New York City. (Photo by Mike Lawrie/Getty Images)</p>

Ronnie Harrell Jr. is set to transfer from Creighton to the University of Denver.  Harrell Jr., a Denver native, will return to his hometown and announced his decision on Twitter early Wednesday evening.

Harrell Jr. redshirted his first year at Creighton in 2014-15.  Then in his redshirt freshman season with CU, the Denver native played in 29 games, averaging 3.2 points per game.  Harrell Jr. then averaged 2.6 points and 1.9 rebounds per contest in 26 games his sophomore season back inn 2016-17.

Harrell Jr. will meet the media Thursday afternoon to discuss his decision to transfer from Creighton and head to the University of Denver.