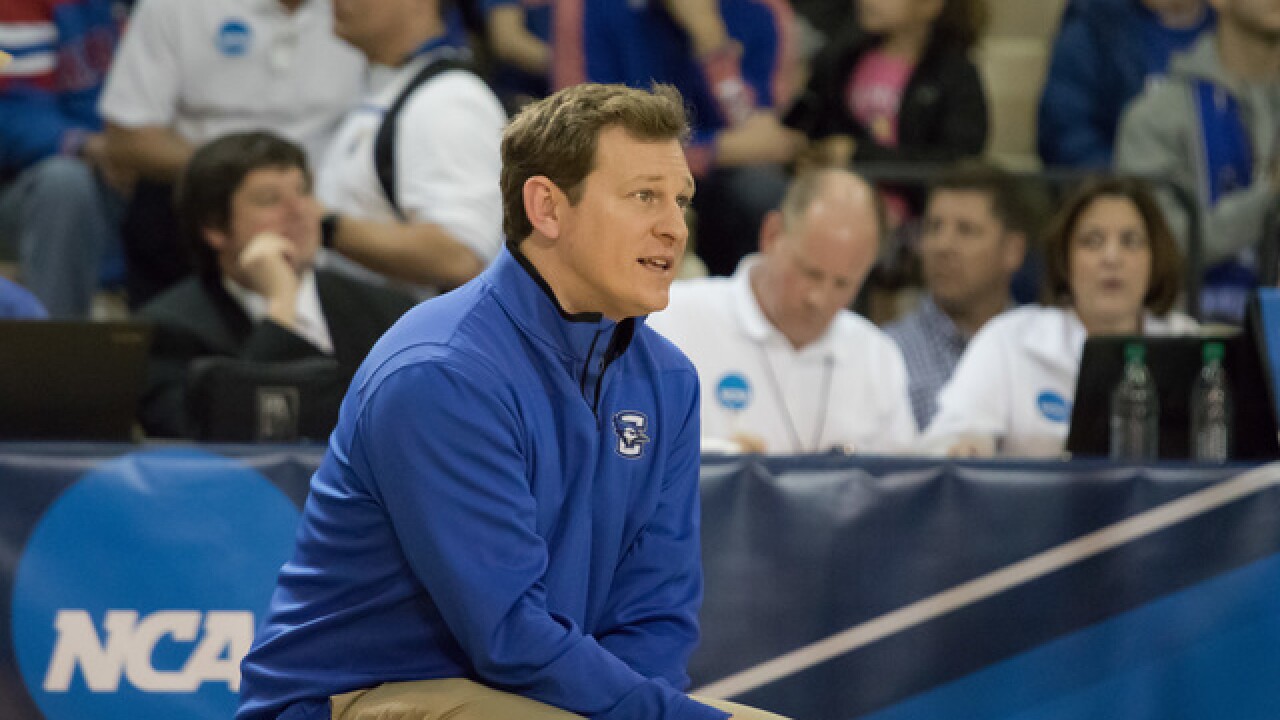 Copyright 2018 Scripps Media, Inc. All rights reserved. This material may not be published, broadcast, rewritten, or redistributed.
JOE WILLMAN 402-216-8533

A press conference will be held at 1 pm Central today to announce the hire, which will be video webcast at http://youtu.be/8T2zowMXV1M [youtu.be].

"We're thrilled for Ryan and we're thrilled for High Point," said Booth. "Ryan is someone that's going to work his tail off to be great and I know he's really excited about all that High Point has to offer. I have no doubt he's going to continue to move what is already a very successful program to new heights."

Meek was hired at Creighton by Kirsten Bernthal Booth in the May of 2016 to replace Mendoza. Ironically enough, Meek will replace Mendoza once again after Mendoza left High Point earlier this month to be named head coach at South Carolina.

During Meek's time as assistant coach and recruiting coordinator, Creighton went a combined 55-14 and won BIG EAST regular-season and tournament titles in both seasons. The Bluejays advanced to their first Elite Eight in program history in 2016, when it ended the season ranked ninth nationally. This past season, Creighton hosted NCAA Tournament matches for the first time and finished the year ranked 16th in the country.

Meek arrived at CU after spending five seasons as head coach at Hendrix College in Conway, Ark., where he helped the Warriors to a 110-64 record and was named 2015 AVCA National Coach of the Year at the Division III level.

Booth said a national search will be conducted to find Mendoza's replacement.