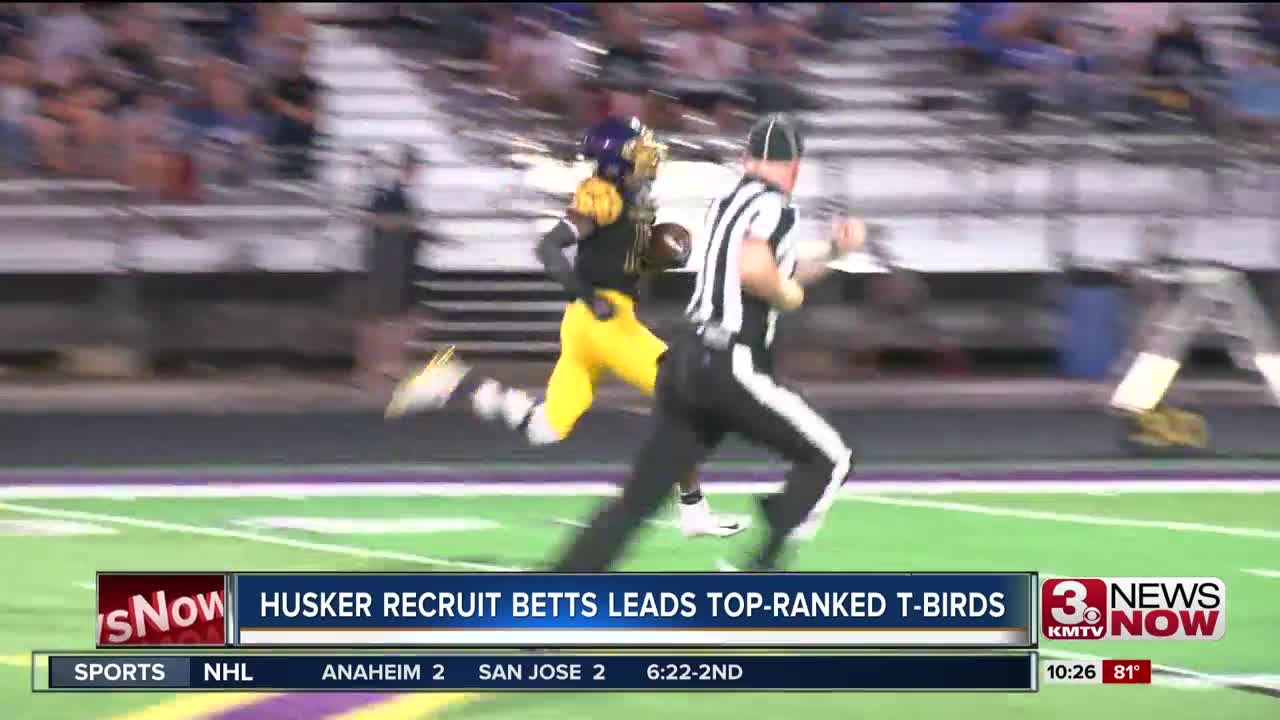 Future Husker receiver Zavier Betts is off to a hot start for top-ranked Bellevue West.

The four-star had 200 receiving yards last Friday in the T-Birds win over Papio South. Bellevue West it outscoring its opponents 177-9 through three games.

Betts picked Nebraska back in April & can now fully focus on his senior season.

"It took a lot of weight off my shoulders," said Betts. "It made my life a little bit easier just cause I didn't have to think about it anymore. It was done. It was over with. I could just focus on school and football and just being a kid again."

Betts is ranked as the #1 recruit in the state of Nebraska for 2020 & listed as a 52nd best prospect nationally by Rivals.

"Athletically, he is an absolute gifted machine," said Bellevue West head coach Michael Huffman. "And when he really turns it on, it's a sight for sore eyes man. You don't see kids like this very often."