Creighton baseball crushes Nebraska to even I-80 series 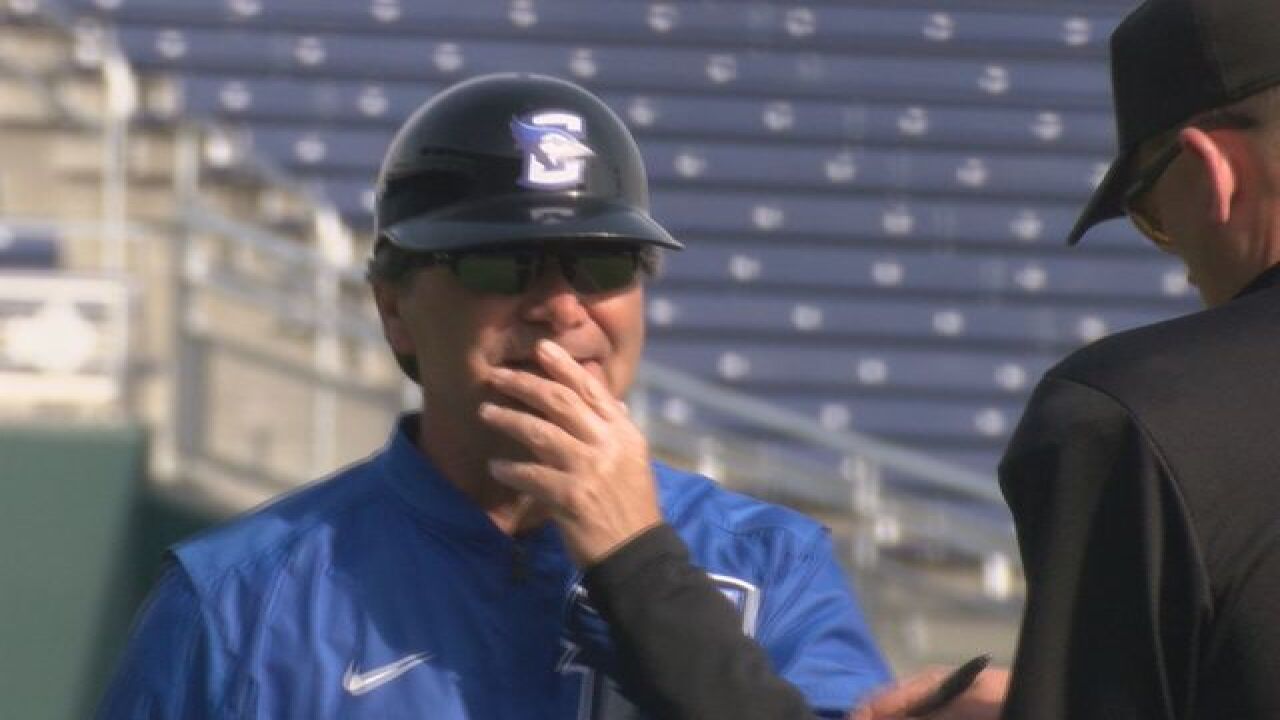 LINCOLN, Neb. (KMTV) — The Creighton baseball team got a two-run homer from Jake Holton in the first inning and never looked back beating Nebraska, 10-2, on Tuesday in Lincoln to even the I-80 series. Holton went 2-3 on the night with 3 RBI & 3 runs scored. Jack Strunc, meanwhile, went 2-3 with 4 RBI and a run scored. Kyle Perry took the loss for the Huskers going just 2.1 innings while giving up five earned runs on four hits.

The teams used a combined 15 pitches as the Jays improved to 17-7 overall, while the Huskers fell to 17-10.

.@CoachHoiberg shows off his arm by throwing out the first pitch at tonight’s @Husker_Baseball game.

The rubber match will be played Tuesday April 23rd in Omaha starting at 7 p.m. on CBS Sports Network.