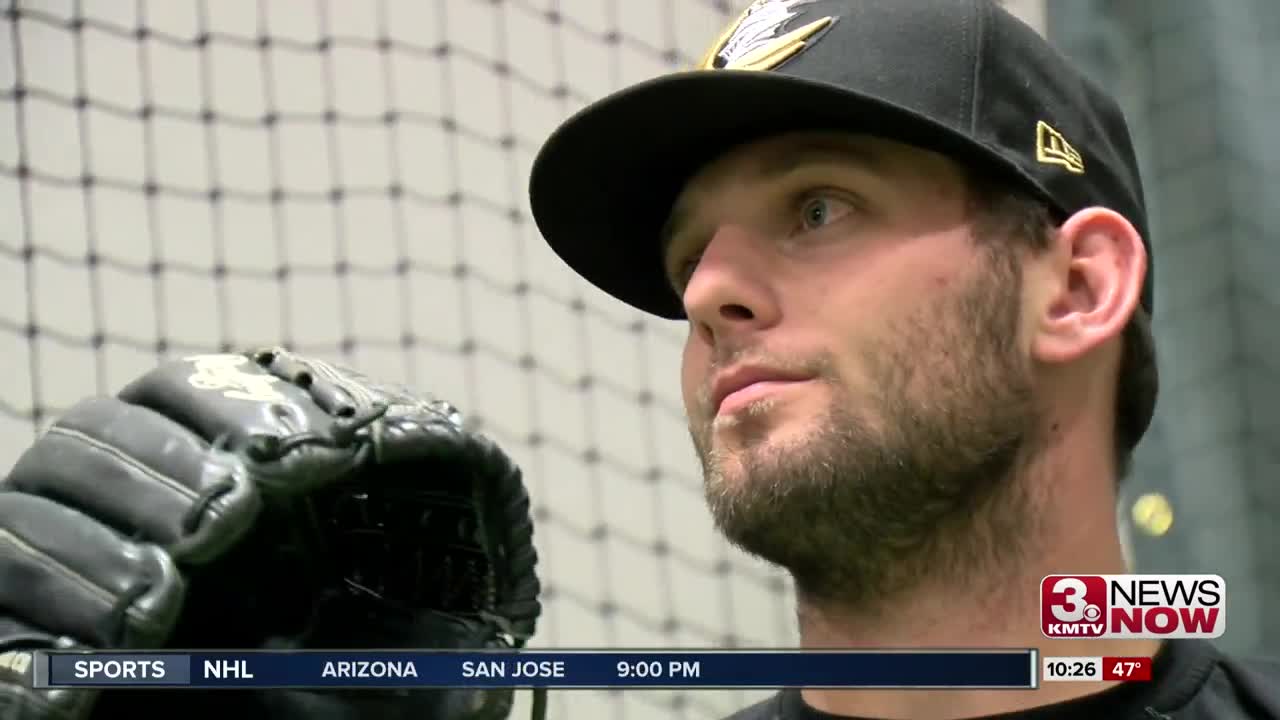 OMAHA (KMTV) — On this last week of March, Kyle Kubat should be wrapping up spring training with the Chicago White Sox in Glendale, Arizona.

"It's just a weird time to be back," said Kubat. "We're all kind of like what the heck are we doing here?"

Instead, the former Husker is back in his hometown of Omaha after the coronavirus pandemic threw a curveball to the entire sports world.

"We expected it because the NHL, the NBA, MLS, they were all canceling stuff," Kubat said. "So we had a meeting and then, before you know it, I'm back in my car on my way back to Omaha."

Kubat had plenty of thoughts on the 19 and a half hour drive back to Nebraska.

"It's not fun," said Kubat. "It's frustrating putting in all that work: the mental work, the physical nature of it and to have it all shut down and not really know when it's going to start back up again."

Since leaving NU in 2015, Kubat had worked all the way up to AAA at the end of last season.

So did the southpaw think this was the year he'd finally get his shot in the majors?

"That's a good question," Kubat said. "I'm just still lucky to be able to play. I never thought I'd see it past one or two years. When I didn't get drafted, it was a tough day cause I wanted to prove myself. I wanted to get the opportunity and when my name didn't get called in the draft, it was heartbreaking. I cried for a few days. It wasn't fun having that feeling of my career being taken away. To get a call from the Royals to give me an opportunity and then get traded over to the White Sox and to continue to still play to this day, I'm grateful."

Kubat definitely put in the work this offseason, putting on 25 pounds. But he had to stay disciplined while eating 4,000-5,000 calories per day.

"Staying away from the junk food," said Kubat."Staying away from Don & Millie's, the McDonald's, the La Mesa. everything I enjoy when I come back, I just got to drive by it and say no. It's a lot of Eat Fit Go meals, a lot of cooking. I had to learn how to cook. a lot of YouTube videos."

Despite the muscle added, Kubat knows his mind is what will most likely get him to that final destination of the big leagues.

"I'm not one of those 95 mile an hour guys," said Kubat. "Luckily, I'm left-handed. I mix pitches, understand the chess game that happens between the hitter and the pitcher. Coach Erstad always harped on me about just being me. Be Kyle. I still think about that til this day. Hopefully, this will all pass and we can get back to a little normalcy and get some season under our wing and before you know it, it'll be Nebraska football season again."