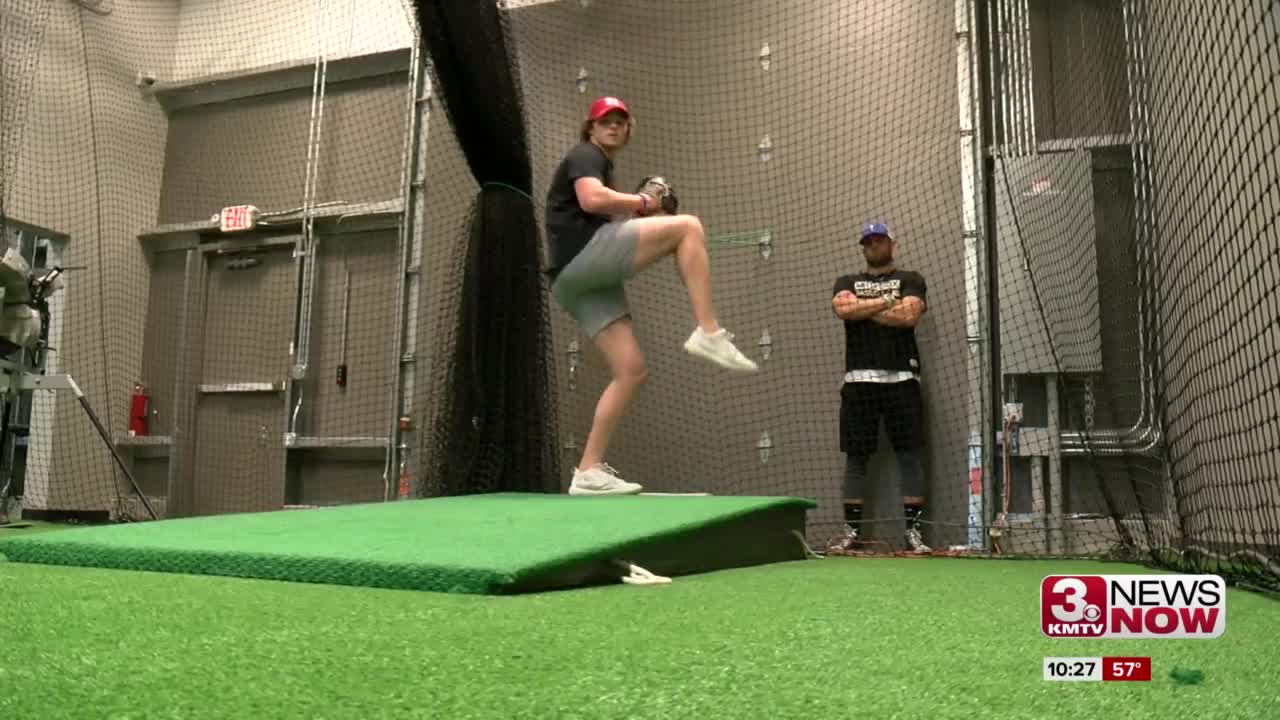 ELKHORN (KMTV) — Nebraska baseball coach Will Bolt has landed several in-state recruits in his first year. That includes Jackson Brockett. The junior left-handed pitcher is one of several commits from the Elkhorn area that plan to suit up for the Big Red in the next few years.

"You grew up watching them," Brockett said. "So it was just it was a no-doubter for me."

Brockett was initially in contact with former Husker head coach Darin Erstad during his sophomore season at Elkhorn South. But after Erstad resigned last June, Brockett was unsure if the new coaching staff would still show interest.

"We didn't know who was going to come in," said Brockett. "But once the new staff came in, I knew that I'd have to present myself to them and show them what I can do and hopefully, they like what they see."

Luckily for the lefty, new head coach Will Bolt liked Brockett enough to offer him. And in September, the southpaw ended up committing.

"This program is going to take off and skyrocket under these new coaches," Brockett said. "As we saw this year from the little bit, the offense was really working. The pitching staff was getting really well. I just can't wait."

In the meantime, Brockett's been training with former Husker Kyle Kubat, who still pitches professionally.

"I don't remember him at Nebraska," said Brockett. "But this offseason I did have the opportunity to step in live and face him and it's astonishing what he can do on the mound. It' s been amazing working with him. He's definitely helped me. We sit down after every couple throws. We video it, break down the video, see what I'm doing better, still seeing what I can improve."

Brockett also impresses in the batters box, as the 17 year old wants to continue both pitch & hit in college like Huskers Colby Gomes & Jake Meyers have done in recent years.

"I, obviously, knew there was a possibility I could do both," Brockett said. "I still want to do both and I want to prove I can do both."