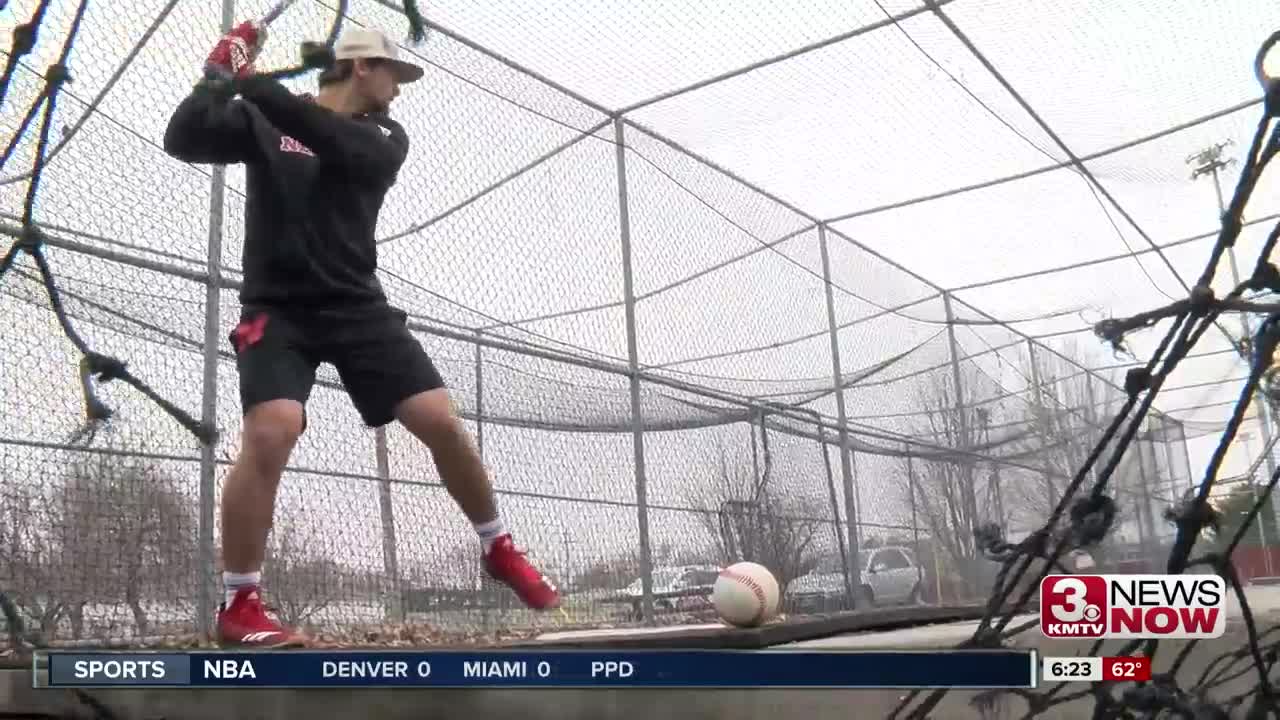 Nebraska baseball player Aaron Palensky is back home after the Huskers' season was cancelled.

PAPILLION (KMTV) — This week, Aaron Palensky and the Huskers should be beginning Big Ten play. Instead, the NU junior outfielder is back home in Papillion hitting in the cages as his dad, Jim, throws him dozens of pitches per day.

"Bad things happen but I never thought that two weeks ago our season would actually get canceled," Palensky said.

Nearly two weeks ago, less than an hour before the Huskers were suppose to hop on a bus to head down to Wichita, head coach Will Bolt delivered the bad news that the series had been called off.

"My heart just like stopped," said Palensky. "I was like this is actually happening. What's next? is our entire season going to be canceled? I wanted to hold on to some hope thinking that we were still going to be able to play. but I think that I knew that it was about to be over."

Although the NCAA will consider giving college seniors another year of eligibility for spring sports, Palensky also knows some of his teammates might've played their last game for Nebraska.

"It really leaves a bad taste in my mouth knowing that we couldn't really finish everything that we worked hard for," said Palensky. "All those 6 AM workouts in the offseason, it almost feels like it's all for not. It really sucks to be pulled apart like this as a team cause you know we feel like a family. I'm just more disappointed that we can't go out and put on the Husker uniform anymore, at least not until next spring."