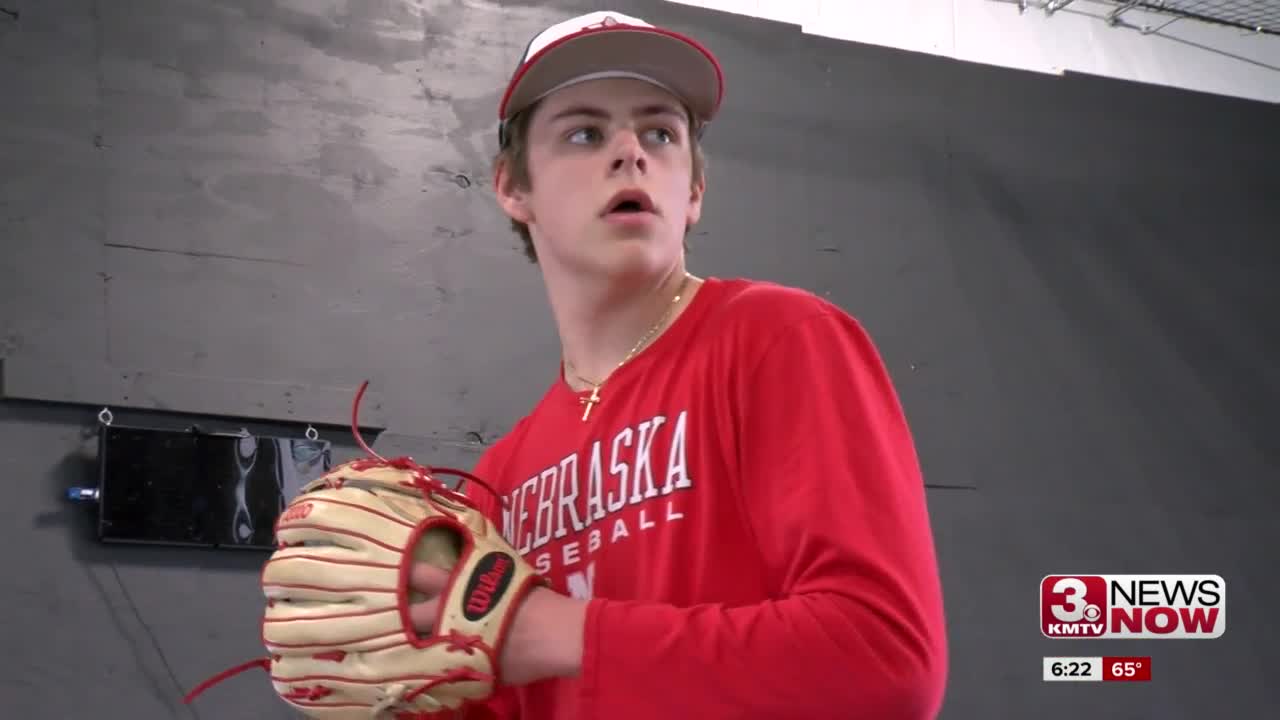 Nebraska pitching commit Nate Moquin is focused on improving his game before becoming a Husker.

OMAHA (KMTV) — Like many kids during the coronavirus pandemic, Nate Moquin admits he could use a hair cut. But taking a cut off the Nebraska recruit's 90 MPH fastball isn't something many high school players would like to do.

The Millard South sophomore wants his primary pitch to touch 97 on the radar gun when he officially joins the Huskers in 2022.

"I really want to use it to get on top of hitters," said Moquin. "And probably the curve ball or the slider to finish them off."

"Just the culture they're building, it's really nice," Moquin said. "It's something I want to be a part of. They really made me feel like family. It was kind of the obvious choice. Family is pretty close. I wanted to stay close to home so they could watch me."

By the time the six-foot-three, 200 pounder arrives at Nebraska, it'll be 20 years since head coach Will Bolt's final playing season with the Big Red, when he helped the Huskers to the College World Series.

"That's the big focus," said Moquin. "That's what we're trying to build down there with the culture and everybody we've been recruiting."

In the meantime, the right hander will try to put on 20 more pounds while continuing to pound the strike zone hoping to help the Patriots to their first ever state title.

"That's the biggest focus right now," Moquin said. "It's the next thing in the road is to win a state championship with them."