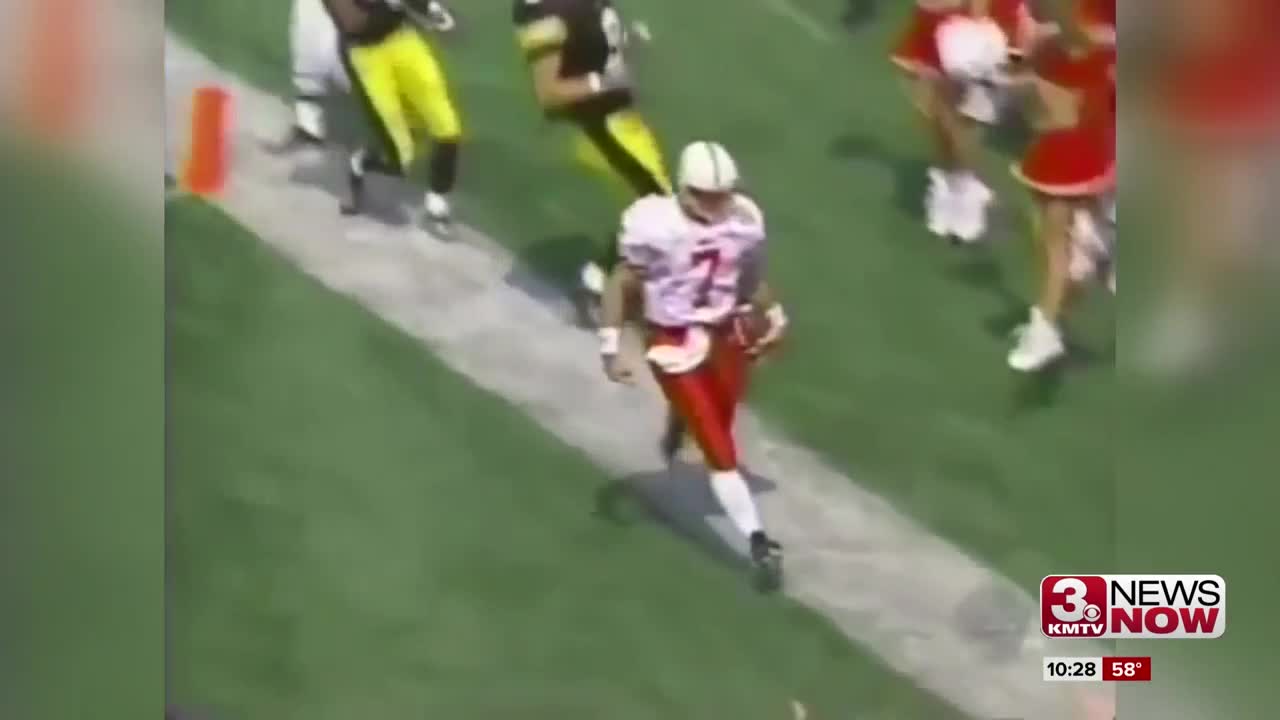 Eric Crouch's crushing hit on an Iowa defensive back in 1999 catapulted his Husker career.

OMAHA (KMTV) — While Bobby Newcombe got the start in Nebraska's 1999 opener at Iowa, it was Eric Crouch who'd be all the talk afterwards as the sophomore's emphatic hit on Iowa defensive back Mikkel Brown capped off NU's final touchdown in a 42-7 victory.

"As far as the confidence level and just believing that i could do it," Crouch said. "I really felt like I was the man and when I say that I mean the starter. I felt like i should've been the starter and I wasn't."

On that September day in Iowa City, Crouch led the Huskers to the end zone on three out of five drives, while Newcombe was just three of nine.

"I had to continue to prove myself," said Crouch. "I didn't want to just give up but I was given an opportunity to get in the game and those first two games my sophomore year I didn't come out a whole lot. Eventually, the third game I was named the starter."

Crouch would go on to rack up a record of 35-7 as the starter at Nebraska. But the Millard North grad's college career took off with the jaw-dropping hit against the Hawkeyes.

"That play in particular made a statement," Crouch said. "And the statement was: I was coming to play. I wanted everybody in the stadium and everybody on the team to know it. This was the type of player I was going to be every time I stepped on the field. Regardless of being a freshman, a sophomore, a junior or a senior. But I was just coming to try to raise everybody else's level of play."