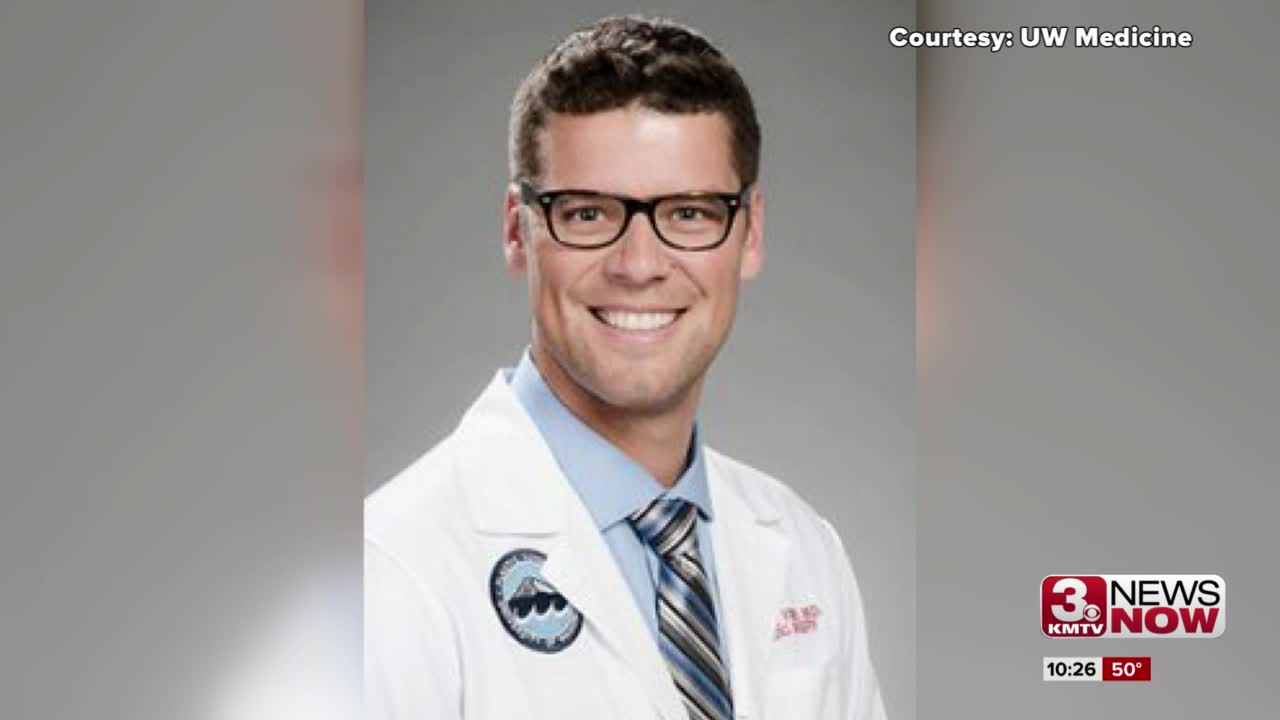 Former Husker linebacker Sean Fisher is currently a resident at the University of Washington Medical Center in Seattle.

"It's a little bit grayer but we don't have the real severe winters that I'm use to in the Midwest, " said Fisher. "So from that standpoint, 50 and gray in the winter seems like a win compared to -20 and snow."

Fisher is currently in his 3rd of a six year residency at the University of Washington Medical Center, where his focus is plastic and reconstructive surgery.

"A lot of folks associate it with just cosmetic surgery but the reality is you can do a lot more with it," Fisher said. "We do breast reconstruction for cancer patients. We do extremity trauma, which we see a lot of out here in this region. You do craniofacial cases for young children that have congenital defects. So you get to operate on all areas of the body."

Fisher played linebacker at NU from 2008 to 2012. He could've played one more season due to a medical redshirt, but instead decided to attend medical school at the University of Chicago.

"The NFL is great to think about it," Fisher said. "And it's enticing like you might win the lottery if you're able to sign a big contract. But looking at it objectively, that was not going to be a place I'd ever find myself. Sure, it would've been fun to come back one more year and get to be one of the leaders of the defense but at the same time I knew I had a better part of a decade in terms of additional training and schooling I was going to have to do."

Despite being away from the gridiron for nearly eight years now, the 30 year old still applies the lessons he learned on the football field to the health care field.

"When I went from football and undergraduate studies to medical school, it didn't feel as daunting as I think a lot of people had hyped it up," said Fisher. "It felt more like a breath of fresh air. I could focus on one thing."

While the Millard North alum admits his workload is lighter these days due to the coronavirus pandemic, Fisher's willing to help whenever and however needed.

"You feel almost helpless like where the help is needed doesn't necessarily fall under the scope of some people's practice," Fisher said. "People are going to continue to get sick. People need health care. We've all signed up for wanting to have the privilege of being able to take care of folks in that sense. I'm probably going to come into contact with this at some point with this regardless. The best you can do is follow the guidelines: wash your hands, try not to touch your face, try to limit personal contact with others and just continue to do the job that I signed up to do and feel privileged to get to do on a daily basis."