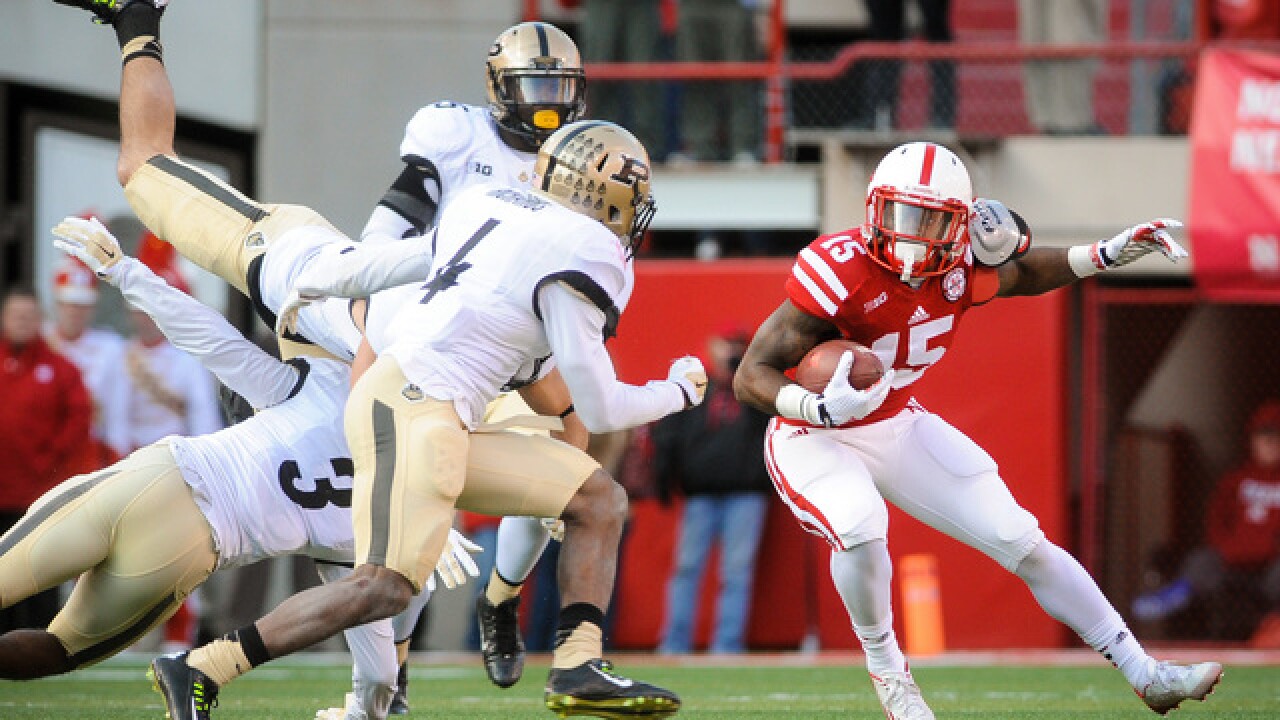 Copyright 2017 Scripps Media, Inc. All rights reserved. This material may not be published, broadcast, rewritten, or redistributed.
Eric Francis
<p>LINCOLN, NE - NOVEMBER 1: Wide receiver De'Mornay Pierson-El #15 of the Nebraska Cornhuskers avoids the defense of the Purdue Boilermakers during their game at Memorial Stadium on November 1, 2014 in Lincoln, Nebraska. (Photo by Eric Francis/Getty Images)</p>

It appears former Huskers receiver De'Mornay Pierson-El will get a shot in the NFL. Pierson-El tweeted out early Saturday evening he will try to make the Washington Redskins as a free agent.

The Virginia native finished with 904 career punt return yards. 596 of those came in his freshman season at Nebraska, when he led the nation in 2014.

Pierson-El totaled 12 career punt returns of at least 25 yards and was the 11th player in NU history to finish with at least 110 catches. As a senior, he had 45 catches for 623 yards and five touchdowns, all of those were career highs.