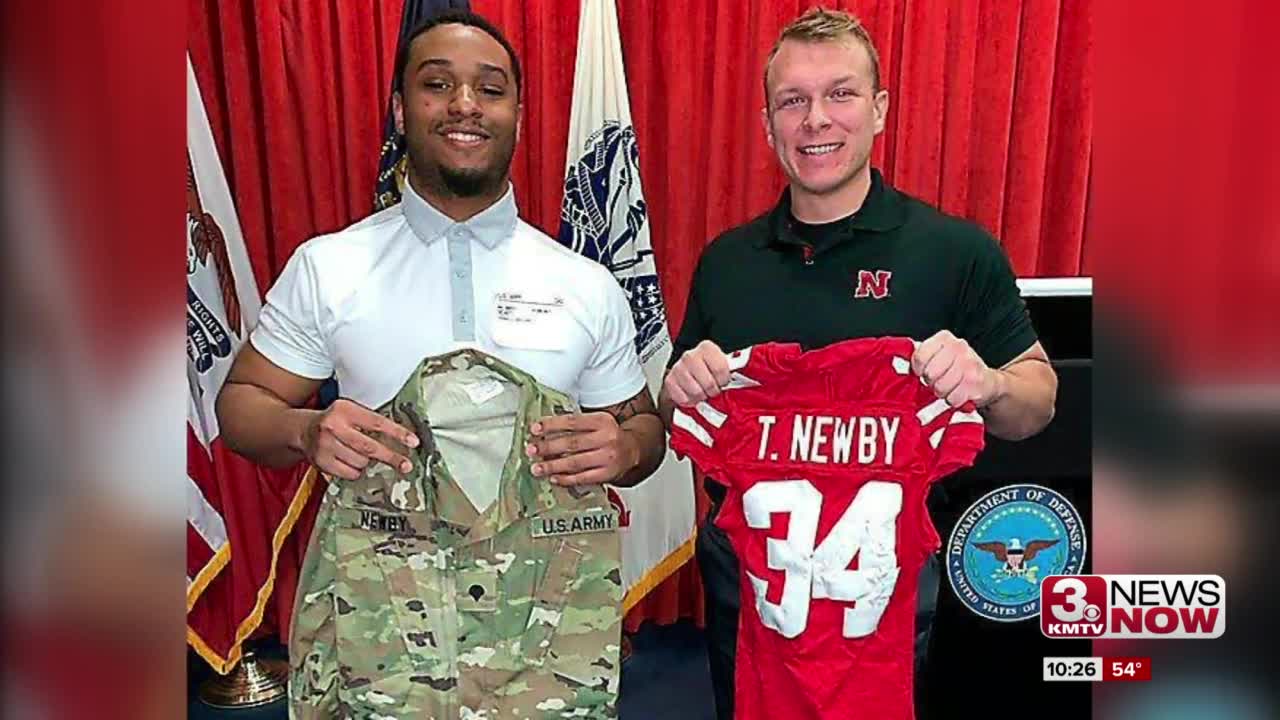 LINCOLN (KMTV) — After leading the Nebraska ground game in 2015 and 2016, former Husker Terrell Newby's new passion is in the air.

Newby recently retired from football and enlisted in the Nebraska Army National Guard. The 24-year-old has long desired to be part of an Army airbornne unit.

"If was going to join the military I said hey I want to go all in and achieve some things," said Newby. "And the Nebraska National Guard offered that opportunity. I'm excited to do that as well after basic training."

Newby had thought about pursuing a position in the military since his father, Terrell Senior, served in the Army.

"That's just kind of how me and my brother were brought up on, those values and what he learned," said Newby. "He would always say well if you were training in the army it'd be tougher than this so that's where I got it. I brought most of those aspects into football. I was always interested in that. I would study military stuff and all that. So when I told him, I know he was pretty excited. It's always been a part of me and it's always been in the back of my head. I never really thought I'd have that opportunity to actually go for it."

During his time at NU, Newby racked up nearly 2,600 all-purpose yards while scoring 22 touchdowns. In 2017, the California native briefly spent time with the Minnesota Vikings. From late 2018 to early 2019, Newby played for the Salt Lake Stallions of the Alliance of American Football before returning to Lincoln to finish his degree last year.

It was around that time, the former four-star recruit decided to end his football career.

"I knew I didn't want to go the Arena route or play Canadian," Newby said. "That's when I was like man now I really have an opportunity to do something I wanted to always do but never thought it'd be possible to play football and then in the military."

Although Newby's playing days are over, the lessons he learned on gridiron will stick with him in his new role with the National Guard.

"You still kind of have that physical aspect of getting after it," Newby said. "And being part of a team that works together. So nothing's better than doing that than being in the military. No matter what you've got to keep going. You get cut, it's just what you do after that. Nothing is going to stop so you've got to keep pushing and keep pursuing what you want to pursue."