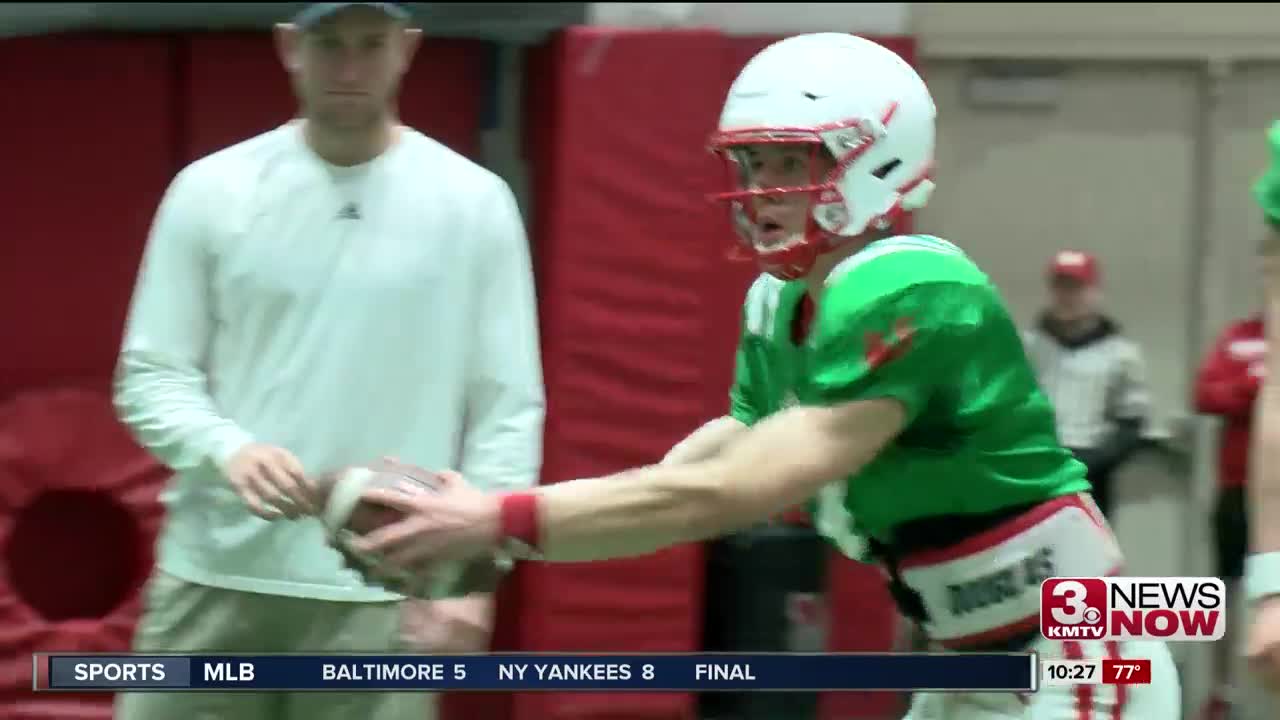 Nebraska head coach Scott Frost has been pleased with the play of all the Huskers quarterbacks so far in fall camp.

LINCOLN, Neb. (KMTV) — Despite Adrian Martinez being the definite starter, head coach Scott Frost has been pleased with the play of all of the Huskers quarterbacks so far in fall camp.

"We're vastly improved at that position from the number one guy all the way down the roster," Frost said following Friday's practice. "It was a little depressing last year going into certain games with one, maybe two healthy quarterbacks. Noah's been doing really good things. He's throwing the ball as well as I've seen him throw it. Luke's doing some really good things, throwing the ball really well but also making a bunch of plays with his legs. Bunchy (Andrew Bunch) has improved drastically. Matt Masker's making some good plays. I wish the season would come down to a 4x1 with our quarterback group against everyone else's cause we've got some guys that can run."