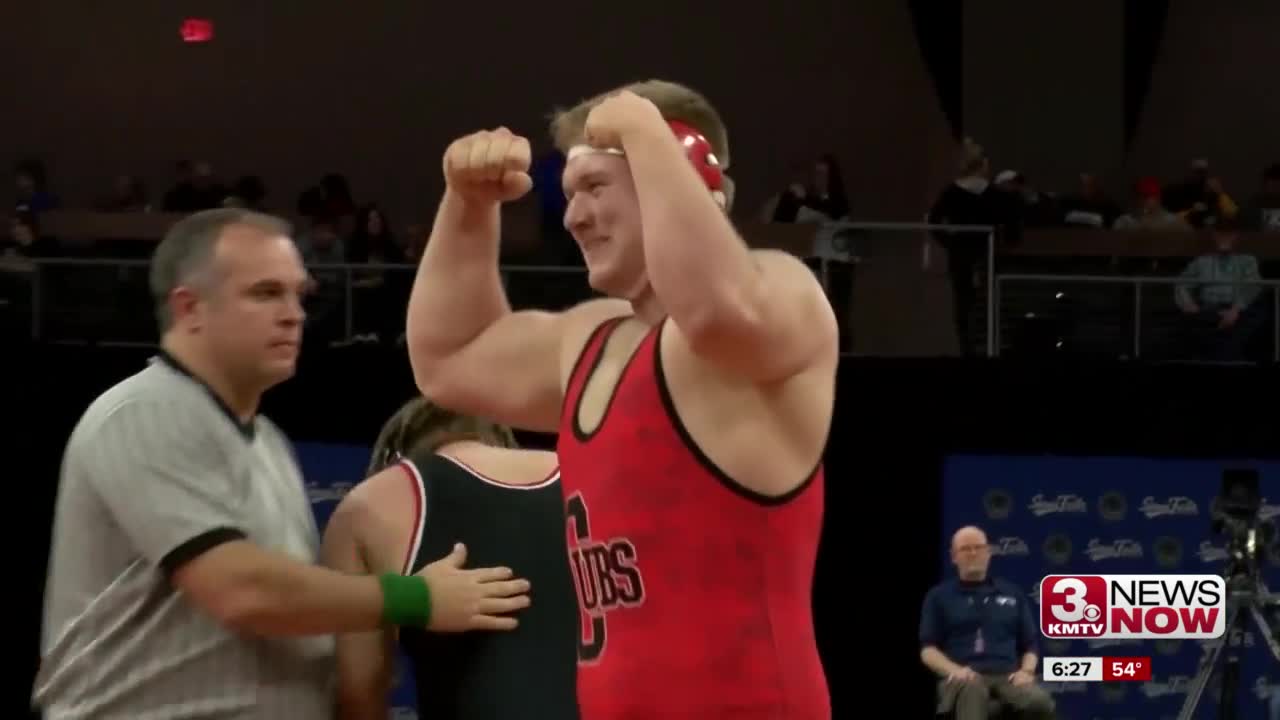 Future Husker DL Nash Hutmacher has already made a name for himself nationally on the mat.

LINCOLN (KMTV) — Nash Hutmacher hopes to make a name for himself with Husker football. He could've also probably done it on the wrestling mat in college as well. The Oacoma, South Dakota native was ranked as the number one high school heavyweight in the nation this year after racking up his 4th straight state title.

Hutmacher has been wrestling at heavyweight since 7th grade when he qualified for state. After taking 5th as an 8th grader, he earned his nickname "The Polar Bear".

By the time Hutmacher finally got to high school, he would never lose another match going 166-0 with his final 73 wins coming by pin.

The three-star defensive lineman ended up choosing NU over offers from Oregon and Wisconsin among others.

"For me, it was the people, the culture," said Hutmacher. "When I got down there, hanging out with the players, talking with coaches, I just related to them all the best. To me, I love Frost's attitude."

Hutmacher's love for the outdoors even extended to his home visit with Husker coaches as they went pheasant hunting.

After collecting over 300 tackles in high school, the 6'5" 305 pound Hutmacher heads to Nebraska feeling no pressure to make an immediate impact.

"The situation I've been in during high school, always kind of being that number one guy everyone's going for, being one of the most known wrestlers in South Dakota: you can't let it get to your head," Hutmacher said. "You've got to keep working hard and you can't expect anything to be given to you just because of your name or how much people like you. You've got to work for that stuff and it's kind of earned."