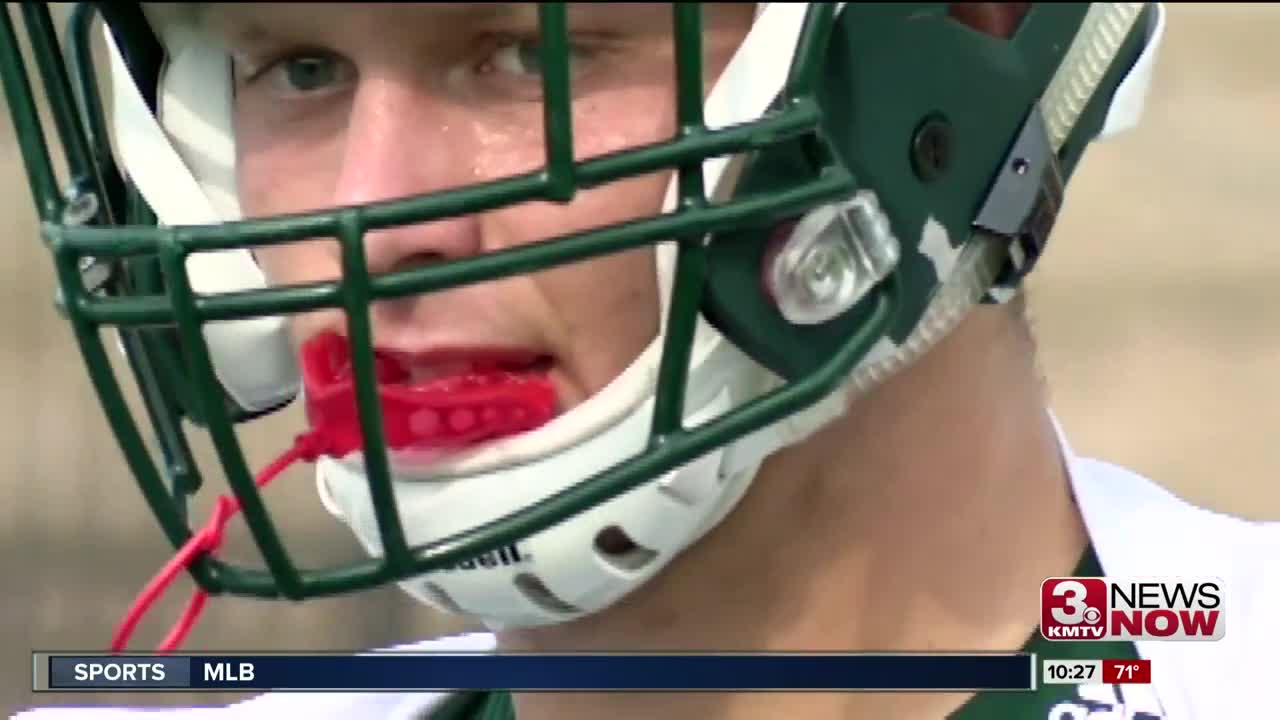 Future NU lineman Turner Corcoran is excited to become a Husker next year.

The six-foot-six, 275 pounder is ranked as NU's highest recruit in the 2020 class. Corcoran is listed as a Top 50 prospect nationally according to multiple sites.

"It (Nebraska) was just the best fit for me and my family," Corcoran said. "It felt like another home that I could get away from and you know really succeed as a individual and as a man and you know they have a really good football program up there."

The four-star committed to the Huskers back in April after picking the Big Red over offers from Ohio State, Oklahoma and Notre Dame among several others.

"It got pretty hectic at times. Right now I probably have six or seven shoe boxes full of mail. It's ridiculous. But you know it's been a great experience. You know not everyone gets to go through this, especially in Lawrence, Kansas."

Corcoran says he plans to graduate high school early and arrive at Nebraska in January.