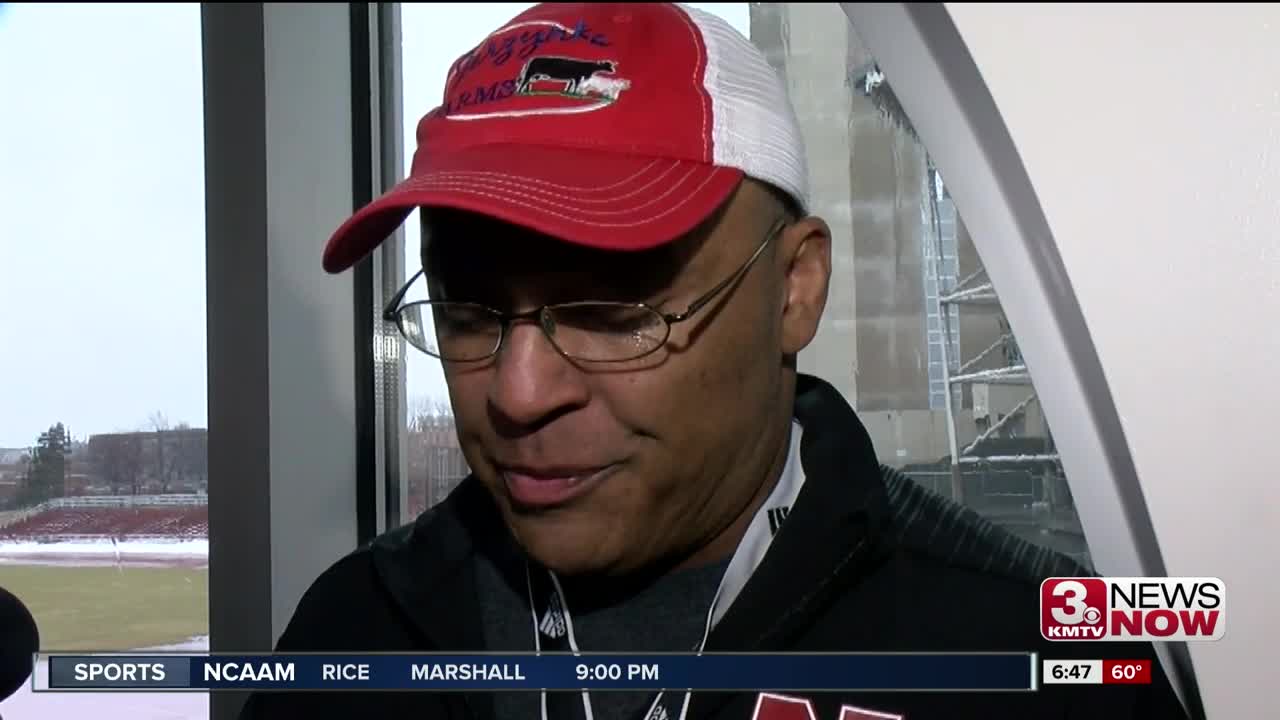 LINCOLN, Neb. (KMTV) — Back on January 21, Nebraska football assistant Jovan Dewitt went to a ear, nose & throat specialist after noticing a lump on his neck. A cat scan revealed that the Huskers' outside linebackers coach had throat cancer.

"It's really a surreal process to realize that you are truthfully facing something that can kill you," said Dewitt following the Big Red's 5th practice of the spring on Wednesday. "It always feels good to be able to get out on the field. So when I get on the field it allows me to alleviate my mind from some of the other worries and things like that. The first week of spring practice was probably one of the rougher ones for me. I've got a feeding tube put in now so it's a little bit easier for me to hold and maintain some nutrition so I'm able to make it out to more practices and more meetings and stuff."

Following the diagnosis, Dewitt started treatment that includes chemo and radiation. After losing 45 points, he hopes to be done with treatment in early April.

"Sometimes the treatment almost feels worse than the cure to some degree," Dewitt said. "It's one thing for a guy like my age, 43 year old guy, to have cancer and things like that but when you start talking about...I do the Team Jack event last couple years. You start seeing some of those kids and those kids are tough man cause this sucks. You see kids like that who are sick and who are able to handle through it, God bless them."

Dewitt says the response rate to the treatment is in the mid-90s percentile-wise. He's only missed one of NU's five spring practices so far but also admits it's the only practice he's missed in 35 years of playing or coaching.

"My guys call me pretty much everyday to check on me," said Dewitt while becoming emotional. "When your former players call you, you know you're doing some good things because those kids call me every single day to make sure I'm doing alright and hanging out ok. So it's been really good. My guys help me out more than they know."