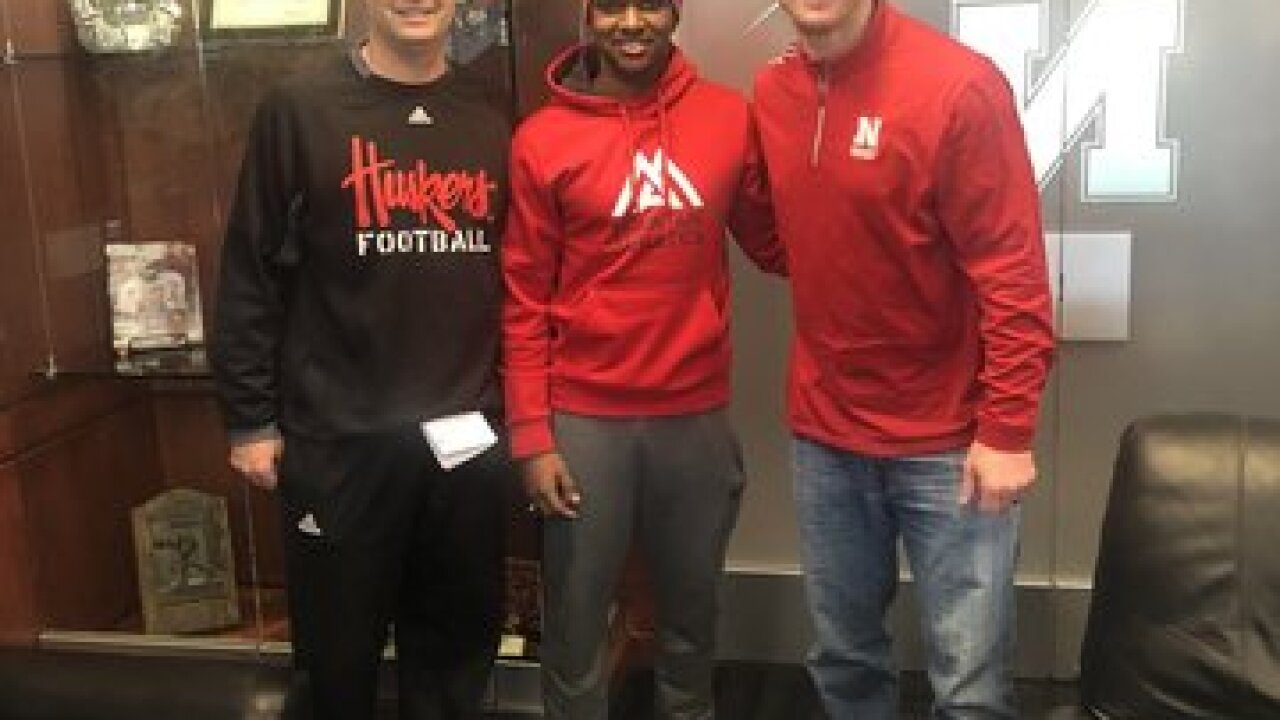 The Nebraska football team has landed its 4th commit for the 2019 recruiting class. It's also the first out-of-state commit for next year's crop of Huskers.

Running back Thomas Grayson from Tulsa, OK tweeted late Monday afternoon that he'll be a Husker.

Beyond blessed to say I am committed to the University Of Nebraska 🔴⚪️#GBR pic.twitter.com/AuLCYIjE9D

Grayson just visited NU over the weekend on Junior Day.

The 6'0" 190 pounder picked Nebraska over offers from Tennessee, Syracuse among others.

Grayson is listed as a three star prospect according to 247 Sports.

Onions!!!! We got a Offensive Weapon added for 2019!!! Speed kills!!! #PLAYMAK6RS pic.twitter.com/BNUyHaK3pM

The @HuskerFBNation got better today! ❄️🔴🌽💨