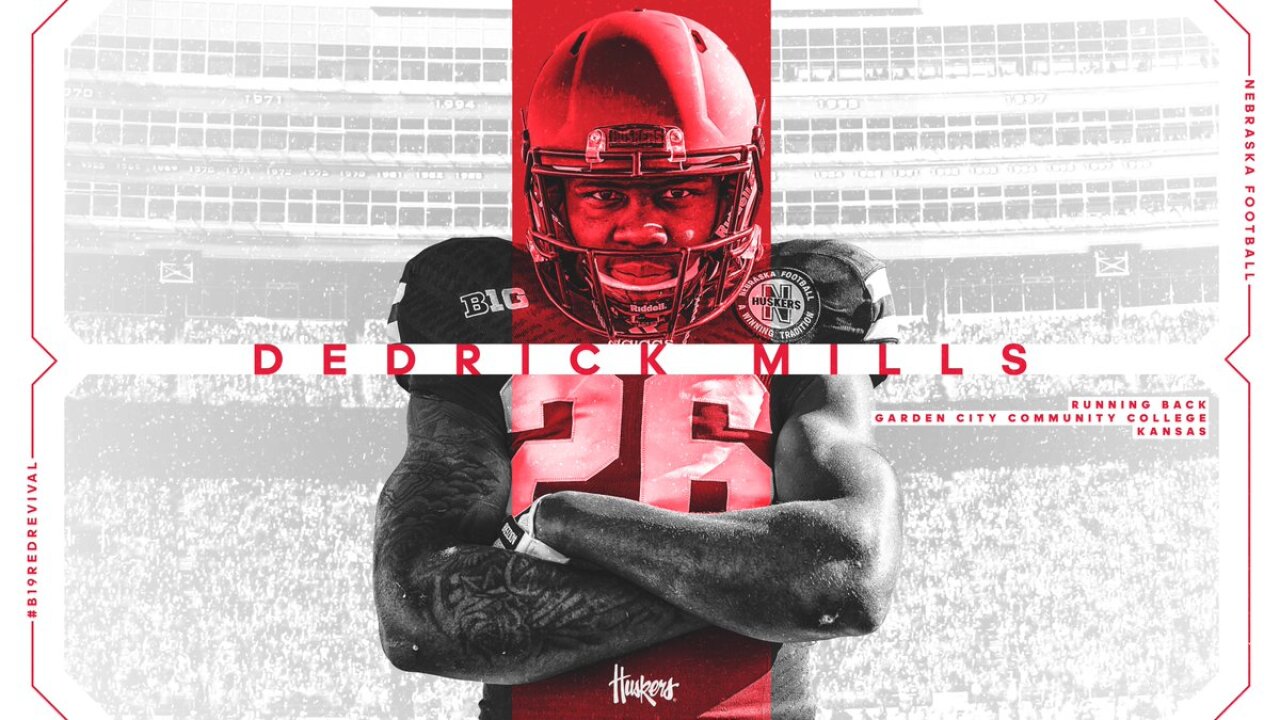 LINCOLN, Neb. (KMTV) — The Nebraska football team officially announced the signing of Dedrick Mills on Monday night. Mills is considered one of the top JUCO running backs in the country, according to multiple recruiting sites.

His position: Running Back

Mills rushed for 1,358 yards and 19 touchdowns this past fall at Garden City Community College. He went for at least 240 yards in three games. Mills attended Georgia Tech in 2016 and was the team's leading rusher going for 771 yards and averaged 5.1 yards per carry.