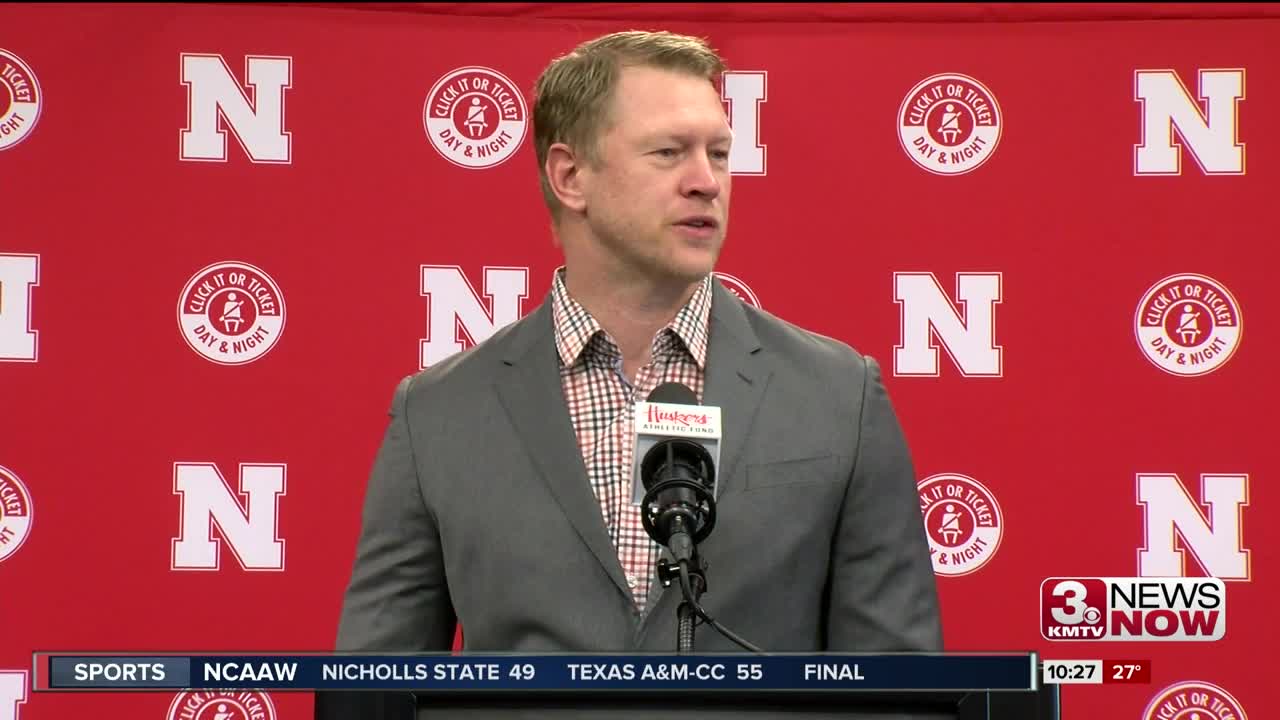 Scott Frost &amp; the Huskers signed 22 recruits for the 2020 class.

LINCOLN, Neb. (KMTV) — Scott Frost & the Huskers signed 22 new recruits for the 2020 class on Wednesday. The class was ranked in the Top 20 according to multiple recruiting sites. Here's the lowdown on some of the more high-profile players:

We begin with the big offensive tackle Scott Frost calls the cornerstone of the class, Turner Corcoran. The four-star from Lawrence, Kansas is ranked as a top 100 player nationally.

"He's as good a offensive lineman as I saw on tape in the entire country," Frost said on Wednesday.

The quarterback in this year's class is Logan Smothers. The four-star from Alabama the 1st commit in the class while finishing his senior season with 40 total touchdowns.

NU adds two running backs in the class. Four-star Sevion Morrison was named the player of the year in the state of Oklahoma, while Marvin Scott III rushed for over 7,000 yards and scored 80 total touchdowns in his high school career.

"From a physical standpoint, I think he's ready to come in and play college football immediately," Frost said of Scott III.

The Big Red stocked up on receivers in 2020 led by Omar Manning. The 6'4" four star is ranked as the number one JUCO receiver in the country.

"He looks different than anybody I've ever coached and has the tape to match," said Frost. "He has the chance to change our offense."

Alante Brown also chose the Huskers on Wednesday. The four- star receiver ranked as the number one prep school player in the country.

On the defensive side, Keyshawn Greene was a late addition. The four-star regarded as one of the fastest linebackers in Florida.

Nebraska coaches went just next door to Iowa landing Carroll native Blaise Gunnerson. The 6'5" 250 pounder will play in the All-American bowl next month.

Defensive backs coach Travis Fisher impressed again adding four recruits to his room all from the state of Florida.

Four-star signing day addition Jaiden Francois had his ceremony take longer than expected on Wednesday, after reports that another school started rumors that Fisher was leaving Nebraska. But Scott Frost quickly dismissed the chatter.

"In some situations that can go right up to signing day and when they put their name on the paper," Frost said. "I'm just glad Coach Fish is going to be with us for a long time."

Four-star Henry Gray from Miami had an incredible offer list that included Alabama, Clemson and Ohio State among others.

On the D-line, Nash Hutmacher is ranked as the number one player in South Dakota this season & is also a multi-time state wrestling champ.