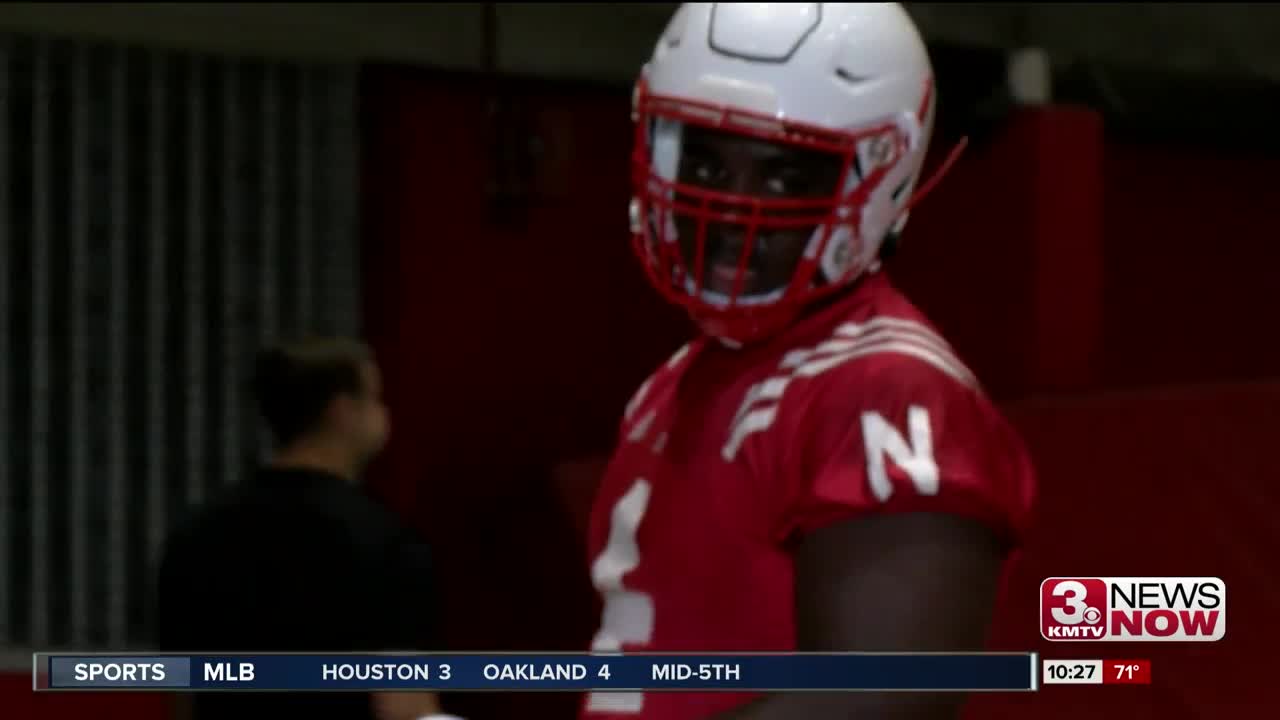 JUCO transfer Jahkeem Green is a welcome addition to the Nebraska defensive line.

The six-foot-four, 315 pounder from Highlands Community College will have three years to play two seasons at NU.

"Any time you can get D-lineman that are heavily recruited and big and strong and physical as him is not easy in college football," said running backs coach Ryan Held. "And so to be able to get him...he had a lot of guys that were recruiting him and it went down to the end. I'm glad that he's here but when he puts them pads on, that's how you want them to look."

Green and the Huskers host South Alabama to open the season on August 31.