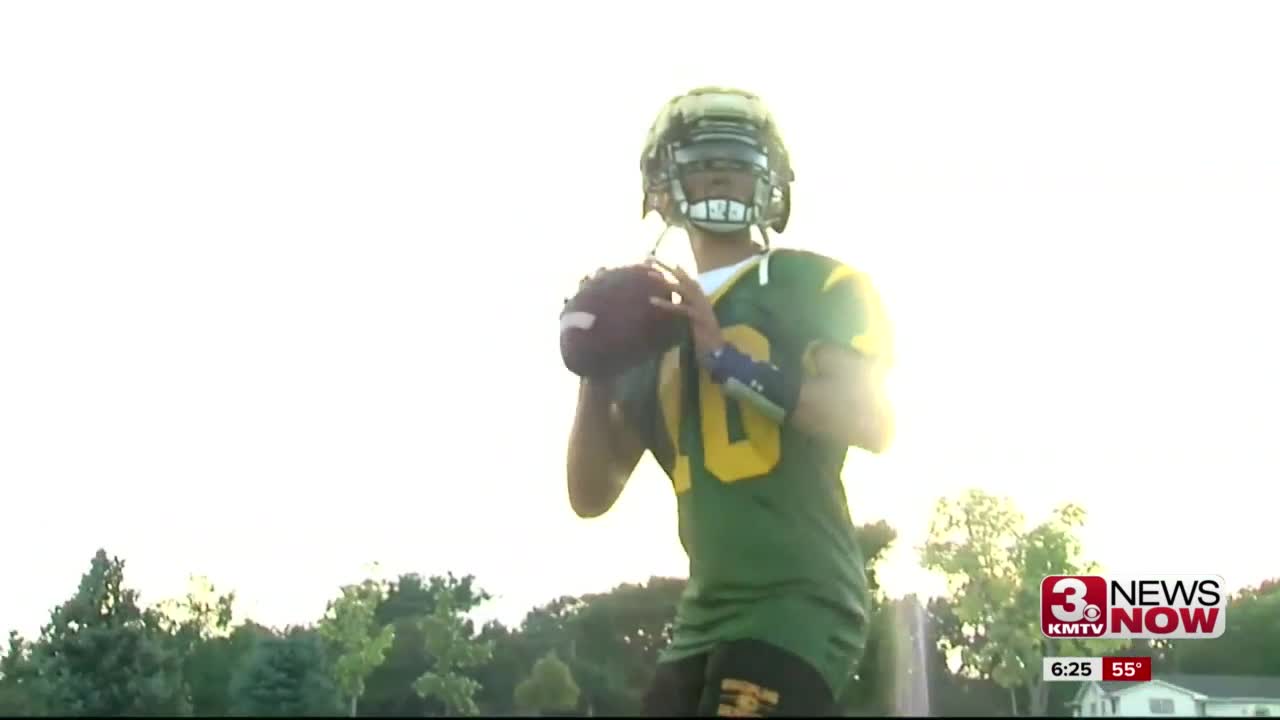 Kearney Catholic QB Heinrich Haarberg is the first in-state player to be offered by the Huskers at that position in 17 years.

LINCOLN (KMTV) — Some Husker recruiting history was made on Monday. NU officially offered a scholarship to Heinrich Haarberg. The Kearney Catholic quarterback is believed to be the first in-state prospect to be offered at that position since Allan Everidge of Papillion-La Vista back in 2003.

"This is one (offer) where I've been building a relationship with the coaches for a pretty long time," said Haarberg. "They didn't just throw an offer out. It's nice to have those type of offers."

Haarberg threw for over 1800 yards & 23 touchdowns last season for the Stars. His offer came on a phone call from the head Husker himself as Scott Frost is native of Central Nebraska graduating from Wood River High School.

"It's cool just because I have that unique relationship with Coach Frost," Haarberg said. "He grew up 15 miles from where I live. He played Kearney Catholic. We open up our season against Wood River-Shelton. That's just unique I think."

The six-foot-five 185 pound Haarberg has a handful of FBS offers including Vanderbilt, NC State & Boston College. The three star recruit spent much of his youth growing up in Nashville, Tennessee so he's not ruling out leaving the Midwest for college.

"It's mostly just the coaches," said Haarberg. "How they develop players, the relationships they build and I think that'll be key in my commitment."

"He always told me I could do whatever I want and go where I want," Heinrich said. "He's not telling me to go to Nebraska. He's telling me to find the right fit but I've always looked up to him because he played at one of the top programs in the country in the 1990's. He looked a lot different than I do. The only thing I can say is my mom ran track at Oklahoma State. He played for the Huskers. They're both medium height. He's like six foot. My height is just a blessing from God."

Haarberg plans on taking all of his official visits before making a decision.