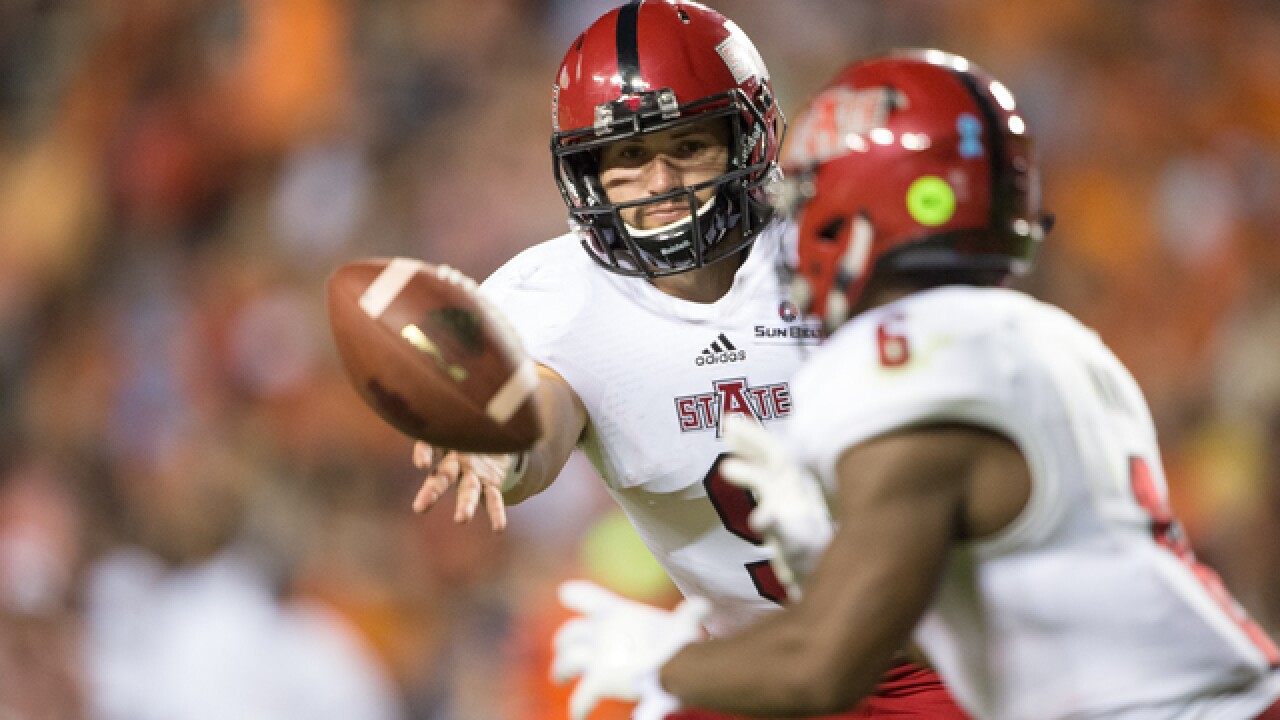 Copyright 2017 Scripps Media, Inc. All rights reserved. This material may not be published, broadcast, rewritten, or redistributed.
Michael Chang

Game week is here. Nebraska fans will finally get to see how new starting quarterback Tanner Lee and the new defensive scheme work against an opponent. First on the schedule: Arkansas State.

The defending Sun Belt conference champions come into Memorial Stadium after an 8-5 record under head coach Blake Anderson. The Red Wolves ended the 2016 season as one of the hottest teams in college football, winning eight of their final nine games.

While two-time All-Sun Belt running back Warren Wand returns in the backfield for Arkansas State, they'll also have to replace the entire offensive line heading into this season.

The Red Wolves will also have to replace its leading wide receiver, Kendall Sanders. Sanders finished the 2016 season with 38 catches for 553 yards and seven touchdowns.

One bright spot is the return of quarterback Justice Hansen. Hansen led the Red Wolves to an 8-2 record in his 10 starts last season, leading the Sun Belt in passing efficiency and yards-per-completion.

The big uglies may be a rough spot on offense for Arkansas State, but it's their strong point defensively. Defensive end Ja'Von Rolland-Jones returns after being named conference player of the year in 2016. He's just the second defensive player in Sun Belt history to win the honor.

Rolland-Jones is the Sun Belt's all-time sack leader, and is just 13.5 sacks behind Terrell Suggs' FBS career record of 44 heading into his senior season.

Defensive tackle Dee Liner will be a force inside and comes into the matchup with the Huskers at 6'3, 337 pounds.

The Red Wolves return Khari Lain and Lyle Wilson at linebacker, as well as Justin Clifton and Blaise Taylor at defensive back. Each are returning All-conference selections.

STORY: Breaking down the new 3-4 scheme and the Blackshirts defense

The Huskers and Arkansas State have met just twice before, with Nebraska coming out victorious in each meeting.

The last time the two met, Nebraska came away with a 42-13 win. The Huskers have never trailed in either matchup.

Nebraska and Arkansas State will kick off their 2017 seasons in Memorial Stadium Saturday at 7 p.m. The game will be broadcasted live on Big Ten Network.