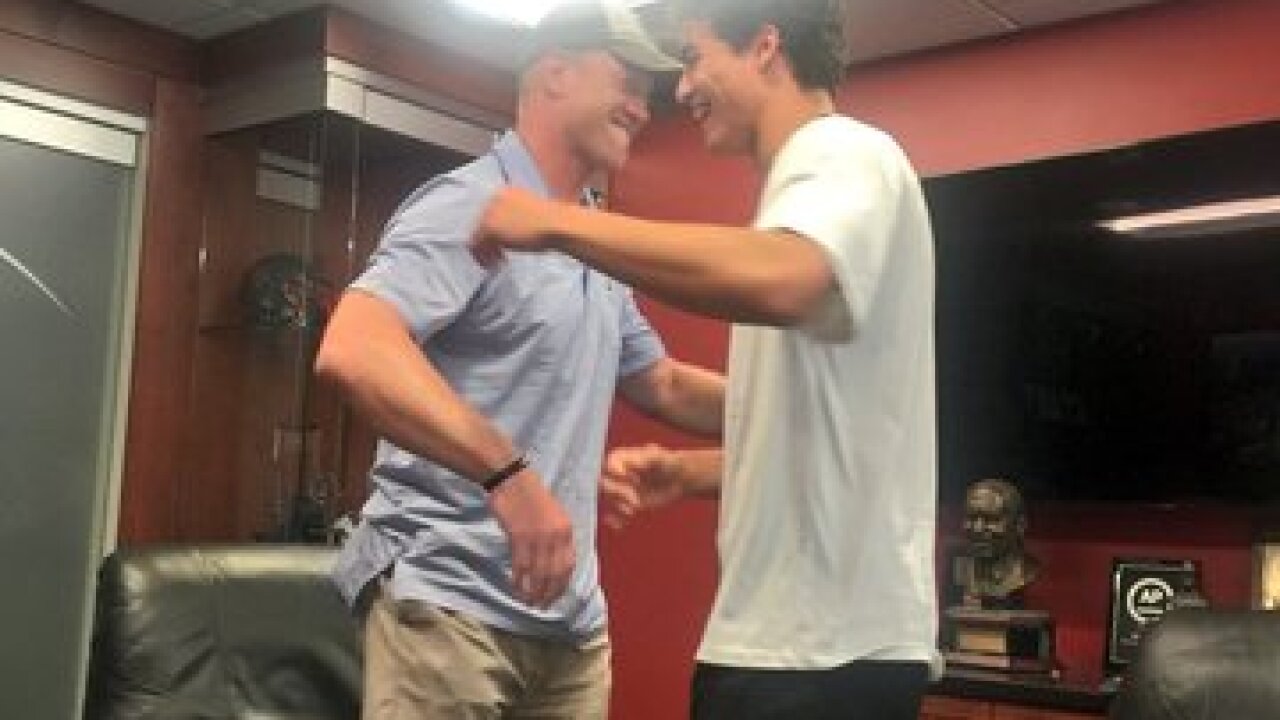 LINCOLN, Neb. (KMTV) The Nebraska football team has landed its first commit for the 2020 recruiting class and it's a big one for the Huskers as quarterback Logan Smothers chose NU on Thursday night.

Smothers made the announcement on Twitter after a 13 hour trip to Lincoln.

After a 13 hour road trip with the family and a whole day on campus with the coaching staff, I am extremely blessed to announce I am COMMITTED to the University of Nebraska!🌽🏈 @coach_frost @Coach_Verdu @CoachChinander @HuskerFBNation #GBR #2020visioN pic.twitter.com/BPqf5MtWFL

The 6'1" 180 pounder is ranked as a three-star prospect according to Rivals & 247 Sports. The link to his highlight reel can be found here .

Smothers threw for 2,851 yards and 21 touchdowns last year as a sophomore according to his Hudl video. According to al.com, he rushed for 719 yards &10 touchdowns in 2017. The speedy signal caller also qualified for the Alabama state track meet in the 100 meeters. Nebraska quarterbacks coach Mario Verduzco tweeted out his excitement shortly after the commitment.

Cornhusker Nation, we got our guy. The future just happened...Again AND Again!!!

Smothers is from Athens, Alabama. He's considered to be the 8th best dual-threat quarterback for 2020 by Rivals and 12th by 247 Sports. The Huskers already have a quarterback commit for 2019 when Luke McCaffrey from Colorado committed to the Big Red back in early June.