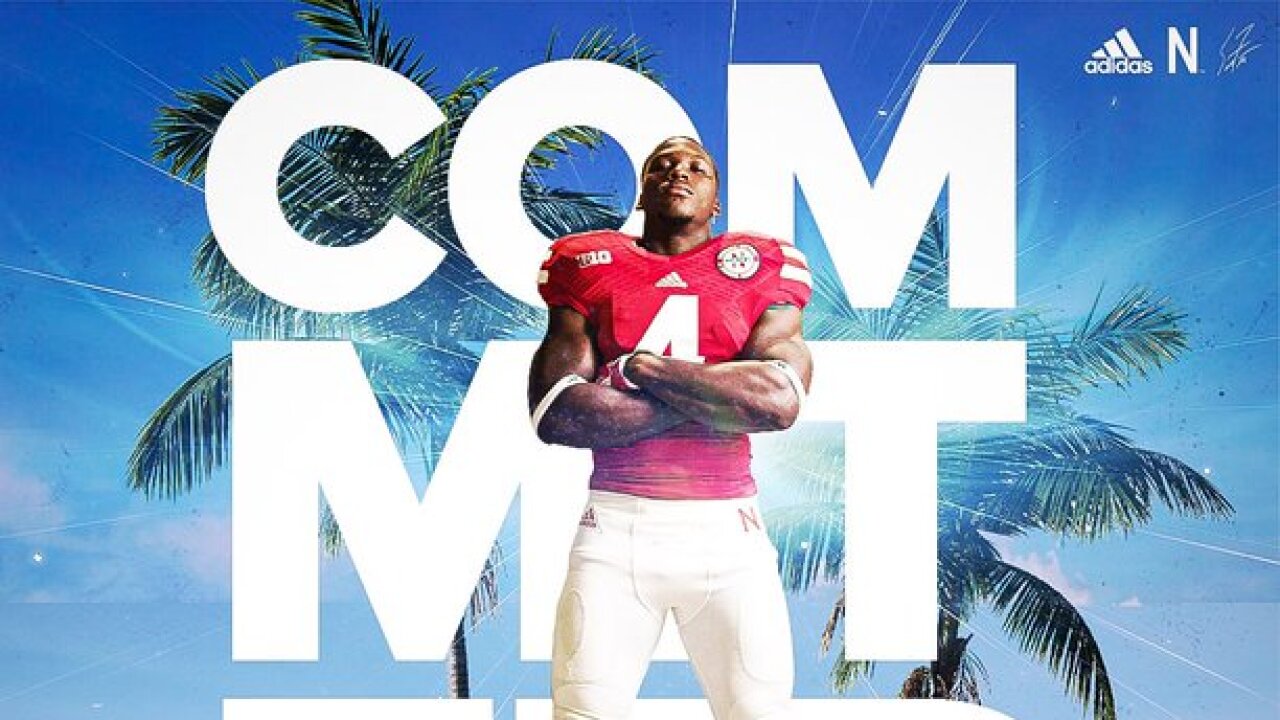 LINCOLN, Neb. (KMTV) — The Huskers landed their 2nd running back commit this week when Marvin Scott III announced his decision to attend Nebraska on Saturday.

Scott is a three-star prospect from Port Orange, Florida & also reportedly had offers from Alabama, Florida State & Michigan among many others.

The 5'9" 195 pounder joins fellow running back Sevion Morrison, who also committed to NU earlier this week.

Nebraska now has ten commits for the 2020 recruiting class.