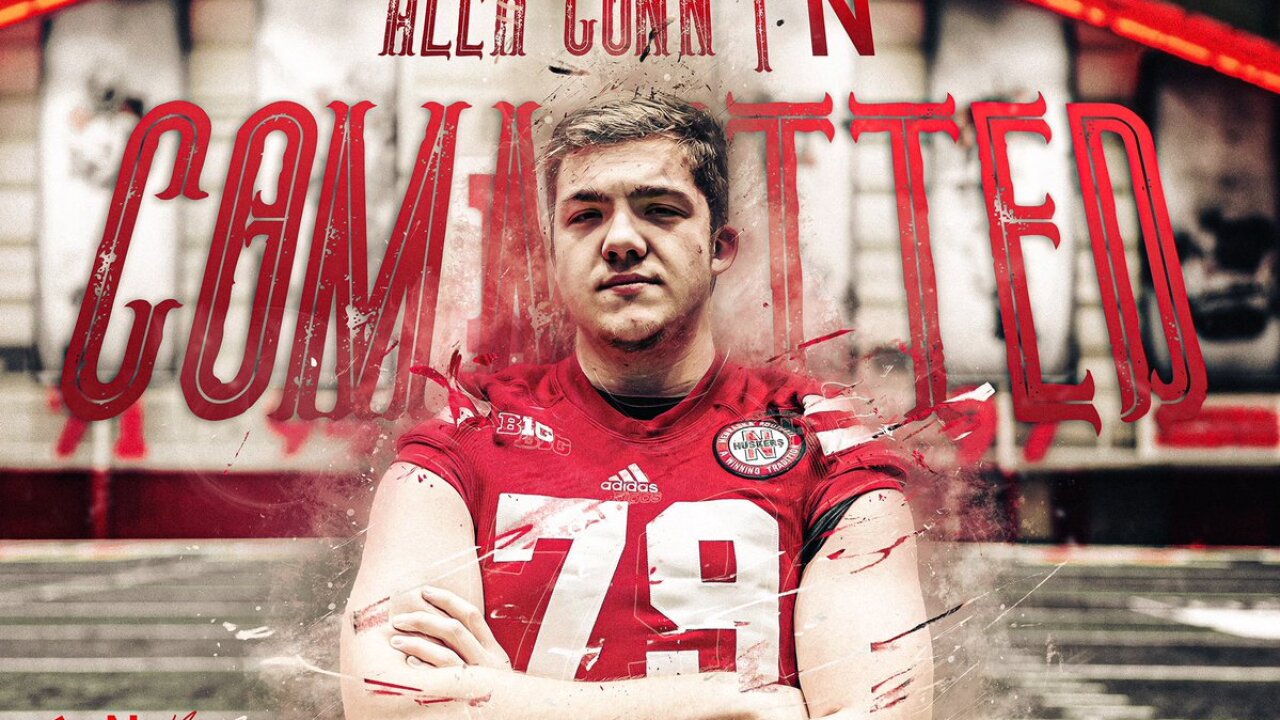 LINCOLN, Neb. (KMTV) — The Nebraska football team has landed its 2nd commitment in as many days as offensive lineman Alex Conn announced his verbal commit to the Huskers on Monday.

Proud to announce that I’m committed to the UNIVERSITY OF NEBRASKA!! #GBR pic.twitter.com/xzWgjbOQFh

Conn, a three-star from Derby, Kansas, chose NU over offers from Arizona, TCU & Oklahoma State among others.

#GBR G and Troy are living where this is going. pic.twitter.com/sdwMisOW5s