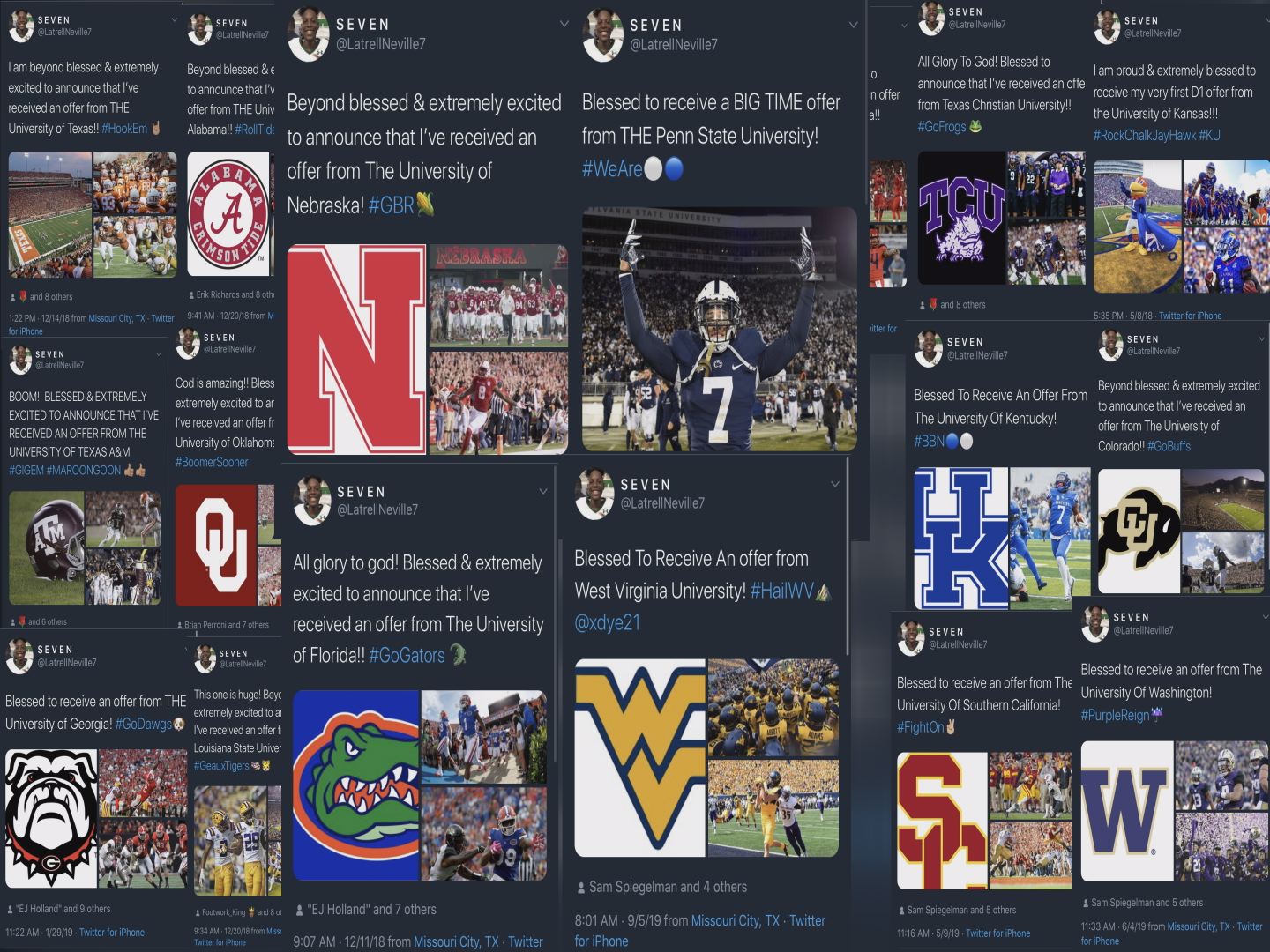 OMAHA (KMTV) — Latrell Neville has no shortage of college options. The 6'3" receiver has racked up around 50 offers.

"Once I get the ball in my hands, I feel as if I'm unstoppable," said Neville. "My ability to create separation, to just break tackles and being able to read defenses & being able to change my routes based off certain coverages. I feel as if I have a real high IQ when it comes to stuff like that."

Neville has narrowed it down to four schools with Nebraska near the top along with Penn State, Florida and West Virginia.

One of the main reasons the Huskers have jumped to the front of the pack is Scott Frost and new offensive coordinator Matt Lubick. When the two were at Oregon, they coached a few receivers from the Houston area where Neville is from.

"The track record of Coach Lubick, he's like an offensive guru in my opinion," Neville said. "I really think they harped on how much I mean to them. That was really important to me. They've been really consistent. I've built a great relationship over time with them."

Neville plans to announce his decision on the 4th of July. And according to the four-star, it'll come down to relationships with the coaching staff.

"I'm leaving my family for three or four years to go spend all this time with them so I would want a really good relationship with them," said Neville.

"I'm real close with him," Neville said. "He doesn't spend a lot of time here in Houston. He still travels and stuff like that with music. I am not a singer. The music gene kind of skipped me. I'm the athletic one in the family. I do enjoy being around it and it's in me definitely. It's just not my cup of tea."