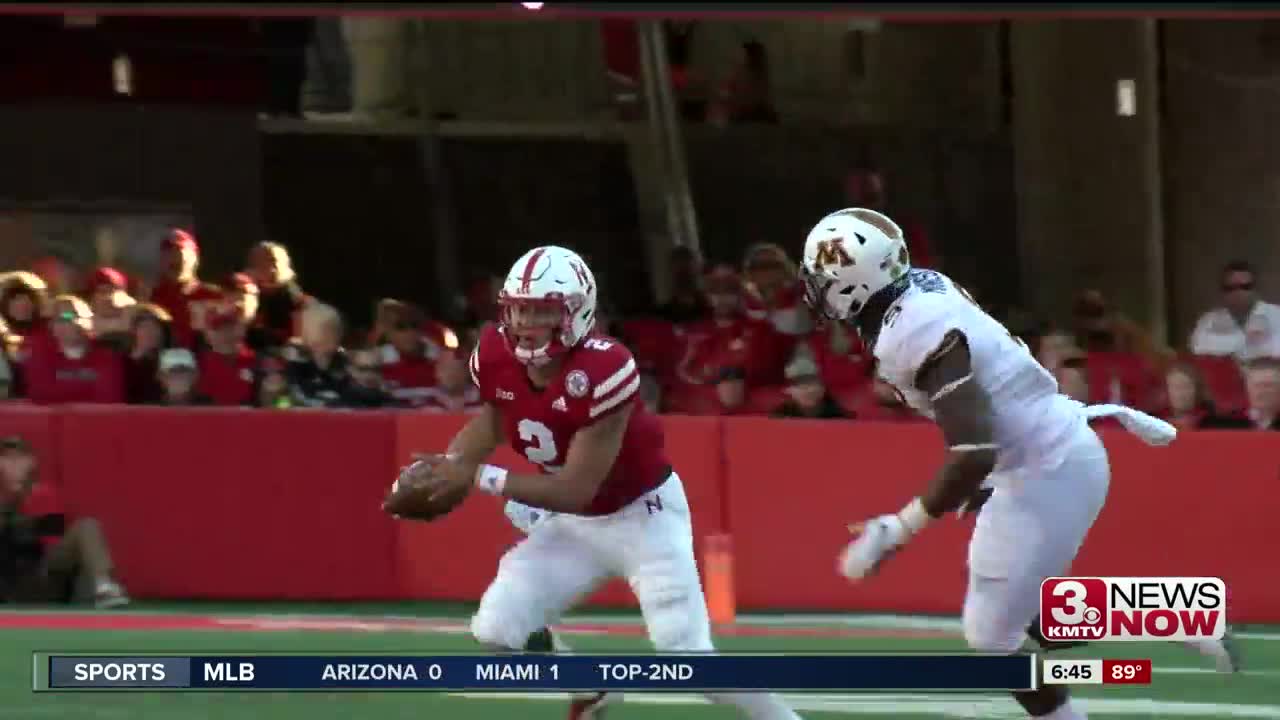 Nebraska quarterback Adrian Martinez has been named to the Walter Camp Player of the Year watch list.

Nebraska sophomore quarterback Adrian Martinez earned a spot on a watch list for the fourth time in the last two weeks, as the Walter Camp Football Foundation announced Martinez as one of 40 “players to watch” for its 2019 Player of the Year award.

Martinez looks to join a trio of Huskers who have won the Walter Camp winners, joining previous winners Johnny Rodgers (1972), Mike Rozier (1983) and Eric Crouch (2001). Martinez is one of seven Big Ten players on the Water Camp preseason list.

Martinez returns to pilot the Husker attack after a record-breaking freshman year in 2018. The 6-foot-2, 220-pounder set 11 school records after becoming the first true freshman quarterback to start an opener in school history. On the season, Martinez completed 224-of-347 passes for 2,617 yards and 17 touchdowns, while also rushing for 629 yards and eight scores en route to All-Big Ten and Freshman All-America honors.

Martinez threw for a season-high 384 yards and two touchdowns against Wisconsin, while his best game of the year came against Minnesota, when he completed a school-record 86.2 percent of his passes (25-of-29) for 276 yards and three touchdowns, while rushing for a career-high 125 yards and a score on 15 carries.

Earlier this month, Martinez was named to the Maxwell and Davey O’Brien Award watch lists, as well as earning a place on the Big Ten’s Players to Watch list.

The Walter Camp watch list will be narrowed to 10 semifinalists in mid-November. The 2019 Walter Camp Player of the Year recipient, which is voted on by the 130 NCAA Bowl Subdivision head coaches and sports information directors, will be announced live on ESPN on Thursday, December 12.